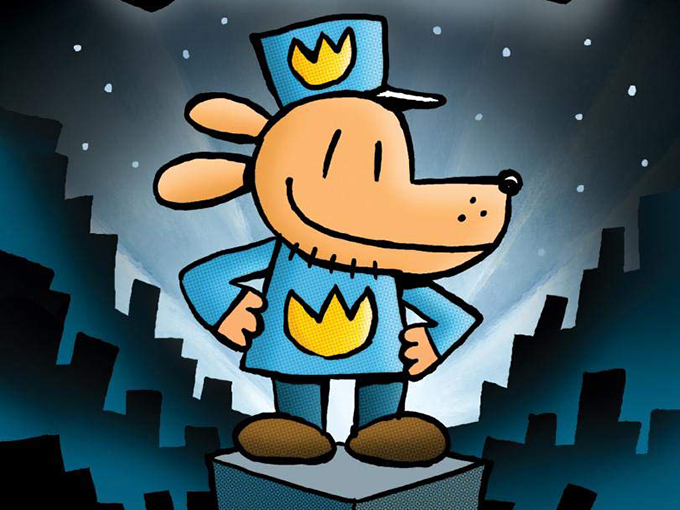 After some declines in revenue over the past two fiscal years Scholastic hopes the dog days are over and is banking on the popularity of Dav Pilkey’s Dog Man brand to bolster sales and readership.

This summer, Scholastic is doubling down on the popularity of the Dog Man IP with a global book tour and launch of educational resources. The”Do Good” campaign launched August 17 and is meant to boost Scholastic’s readership for Pilkey’s IPs and drive sales while communicating the importance of doing good and giving back to the community, says Ellie Berger, the company’s president of trade publishing. To accompany the tour, Scholastic rolled out a number of brand extensions including downloadable resources. The publisher also released classroom activities and tour information for educators, which are available on Scholastic’s dedicated website. There was also a Dog Man-themed musical launched by TheaterworksUSA, which ran from June 28 to August 4 in New York before going on to tour across North America in 2020.

The “Do Good” campaign rolls out ahead of the seventh and eighth book launches in the series—Dog Man: For Whom the Ball Rolls, which came out mid-August, and Dog Man: Fetch-22, launching in early December. It also includes an international book tour that kicked off in Mississippi on August 17, with stops in the US, Shanghai and Mumbai later this year.

During the tour Pilkey will share his story of growing up with dyslexia and ADHD, while funds raised during the events will support local initiatives, such as local libraries and schools in undeserved areas. Giving back in this way delivers on the campaign’s promise of doing good, says Berger.

It’s a been a three year process of building Pilkey’s books into a popular brand, she adds, but now, wherever he goes Scholastic sees an uptick in sales of his books.

Focusing on the adventures of a canine superhero who’s part dog and part policeman, the children’s comedy brand has more than 23 million copies in print to date with translations in 32 languages, according to Scholastic.The sixth book in the series Dog Man: Brawl of the Wild, released on December 24, got a five-million copy first printing and debuted at number one overall on the New York Times, USA Today, Wall Street Journal, and Publishers Weekly bestseller lists, according to the publisher. Pilkey’s use of kid-friendly humor and accessible universal themes, including empathy and acceptance, resonate and make him popular with the brand’s global seven-to-18 target demo, says Berger.

Scholastic sees value in giving Pilkey’s books more focus because the Dog Man brand has the potential to boost its profits and readership for the company as a whole, says Berger. While, the publisher’s has seen financial declines in the last two fiscal years, losses were offset by the company’s bestselling titles of the year, which include bestselling author Dav Pilkey’s Dog Man: Lord of the Fleas and Dog Man: Brawl of the Wild. Overall, the company  predicts revenue gains will be driven by new trade publishing as it continues to grow important franchises, including Dog Man and expands it into different regions, Scholastic stated in its 2019 fiscal year financial reports. These numbers are similar to Scholastic’s financial results in 2017 when the company reported a 6.5% decrease in revenue to US$1.63 billion, compared to 2016, according to the company’s 2017/2018 financial report. But this loss was also mitigated by the success of Pilkey’s books, the company stated.

As such, Scholastic believes its strategies in the North American leg of the campaign will translate globally, says Berger, and there are plans to increase Pilkey’s reach in Asia, where he still has a lot of growth potential.

“The market, and where the kids are, is always changing,” says Berger. “We’re are all doing our best to figure out how to reach and engage kids and help them discover books and share the messages of what we’re trying to do.”