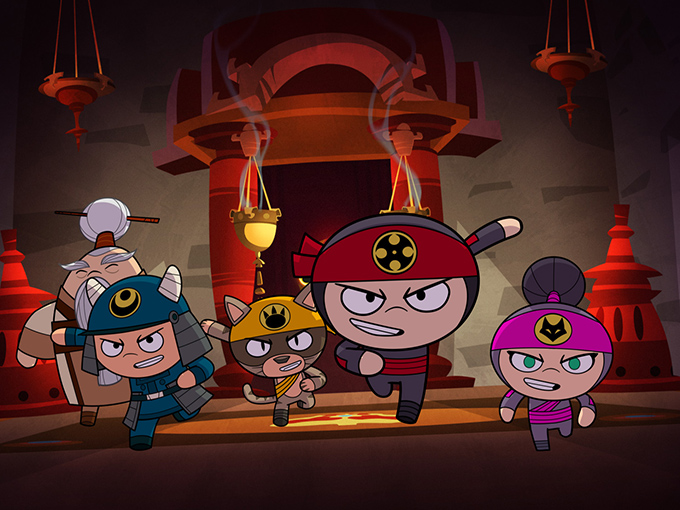 Chop Chop Ninja is headed to iQIYI, Tencent, Youku and Tudou later this year, with plans to roll out on Nick in Russia and CIS at a later date.

China-based distributor WeKids has acquired the exclusive TV and non-linear rights for Mainland China to air the show its own platforms and sell to others, including iQIYI, Youku, Tencent and Tudou, which will all start running the 40 x 11-minute series later this year. Those platforms previously picked up the accompanying 40 x 1.5-minute short form series Chop Chop Ninja Challenge in 2016.

GoldBee also expanded the series to more territories on Nickelodeon. After launching on the kidcaster in Southeast Asia last November, Nick International picked up the full series and the shorts for its pay TV and SVOD platforms in Russia and CIS, which will run both after they have been dubbed into the local languages, according to a GoldBee spokesperson. The IP previously aired on Nick Italy, the Middle East and Africa.

Originally commissioned by Canadian broadcaster Corus Entertainment for its French and English Teletoon networks, Chop Chop Ninja is produced by Sardine Productions and Gamerizon Studio. Throughout the series, Iro and his three best friends at the Ninja Academy fight bad guys and work to master the art of stillness. It is supported by the Bell Fund, the Canadian Media Fund, the Shaw Rockets Fund, the CPTC and SODEC.