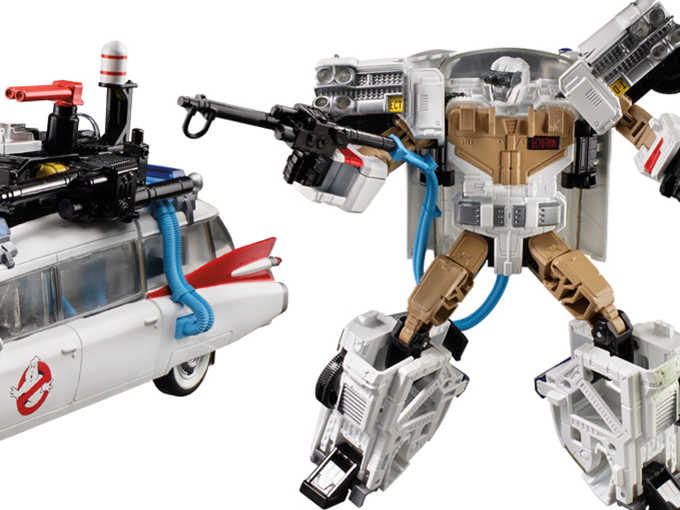 The toyco has snagged the master toy license for the spooky franchise and has plans to launch CP in 2020 alongside the newest movie.

Under the agreement, Hasbro will create a wide variety of toys inspired by the franchise. The toyco will launch the new CP in 2020 to align with the upcoming Ghostbusters film.

The deal is not entirely new ground for Hasbro. Previously, Cincinnati, Ohio-based toyco Kenner, which was bought by Hasbro in 1991 and closed in 2000, held the license for The Real Ghostbusters between 1986 to 1991.

But the IP returning to the Rhode Island toyco isn’t a complete surprise. Just last month, Hasbro and Sony brought Transformers and Ghostbusters together for an exclusive new Transformer figure Ectotron (pictured), available only at San Diego Comic Con. On top of this, San Diego-based comic book publisher IDW has released a Transformers and Ghostbusters crossover comic. The recent collaborations are all part of the 35th anniversaries of both brands.

Last summer, Sony showed it ain’t afraid of no ghosts and got to work teaming up with a number of CP partners to launch new Ghostbuster products timed with the anniversary, including Playmobil (figures and playsets), Mattel (games, activities and crafts), NECA (collectibles and novelty gifts), Hybrid (apparel), Mad Engine (apparel), C-Life (apparel) and Hallmark (social expressions, plush products and ornaments).