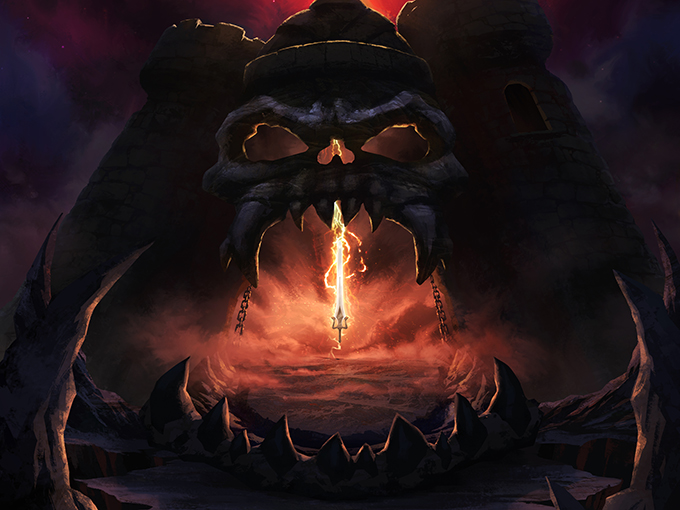 Anime series Masters of the Universe: Revelation is the first of Mattel Television's new slate of 22 animated and live-action TV shows.

Mattel is heading back to Castle Grayskull in Masters of the Universe: Revelation, a new anime reboot for Netflix based on the toyco’s classic He-Man series from the ’80s.

Masters of the Universe: Revelation will present an original story set in the same world as the ’80s series, but it will pick up where many of the characters’ adventures left off when that show ended in 1985. At the annual Power-Con Masters of the Universe fan convention held in Anaheim this past weekend, Smith teased that the series might tell the final battle of He-Man and his arch-nemesis Skeletor.

Netflix hasn’t announced a premiere date or how many episodes it has ordered. The series is the first announced project of Mattel Television’s new slate of 22 animated and live-action TV shows based on the toyco’s popular characters and franchises.

The original Masters of the Universe series ran from 1982 to 1985 following the launch of Mattel’s action-figure toy line and comic book series. The IP expanded to the big screen in 1987, with feature film Masters of the Universe starring Dolph Lundgren as He-Man. The movie only grossed US$17 million in the US, according to Box Office Mojo, but would eventually become a cult classic. The franchise had more success in the toy aisles with a licensing and merchandising program worth US$2 billion.

Today, Masters of the Universe continues to resonate with kids and older fans of the classic property. In the US in the last year, the brand generated nearly 150 million social media mentions, according to Netflix. The SVOD’s Masters spinoff She-Ra and the Princesses of Power was recently renewed for a third season, while a brand new Masters of the Universe movie from Sony Pictures and Mattel Films is slated to premiere in 2021 with Noah Centineo (To All the Boys I’ve Loved Before) starring as the iconic hero.