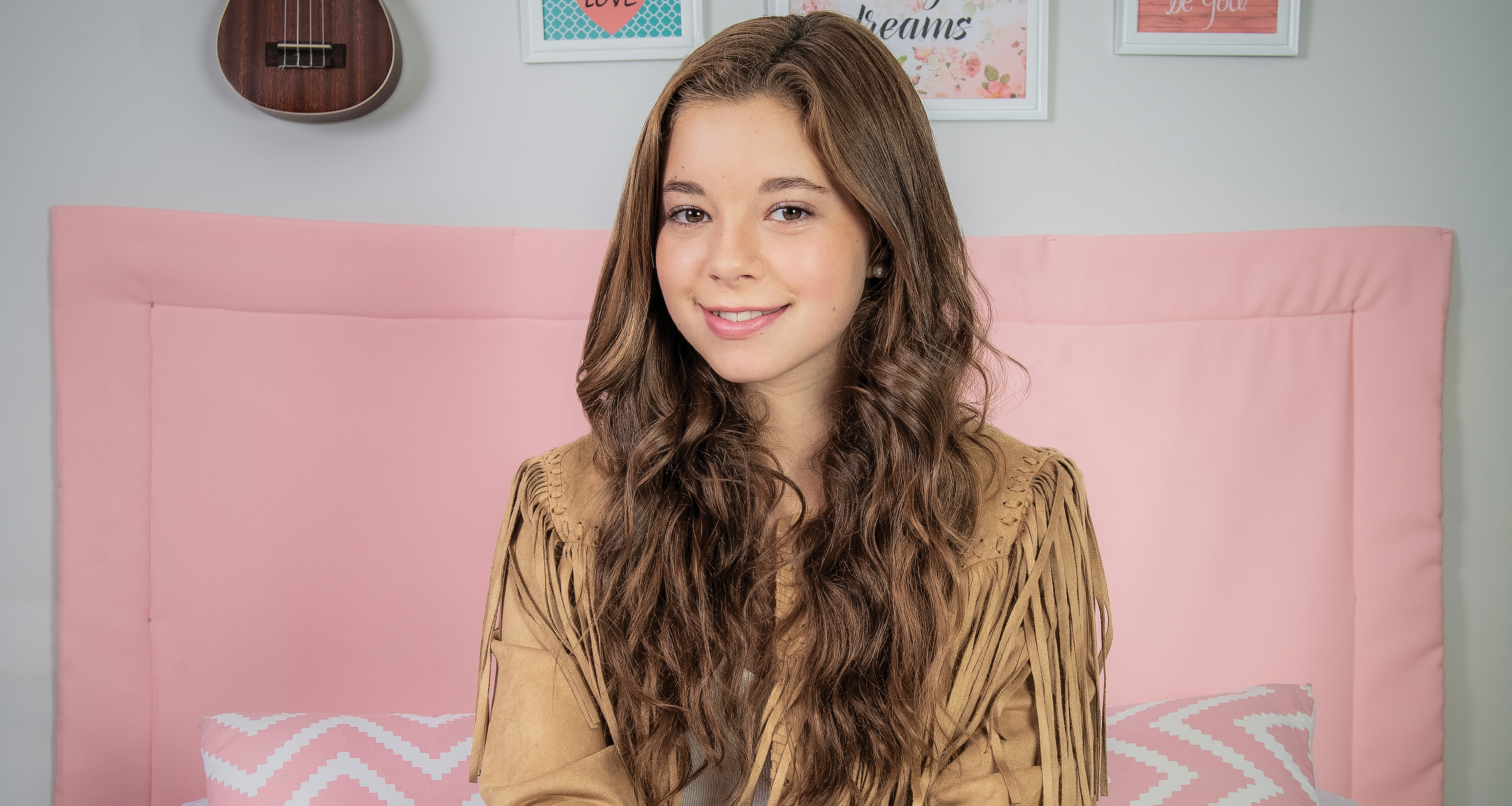 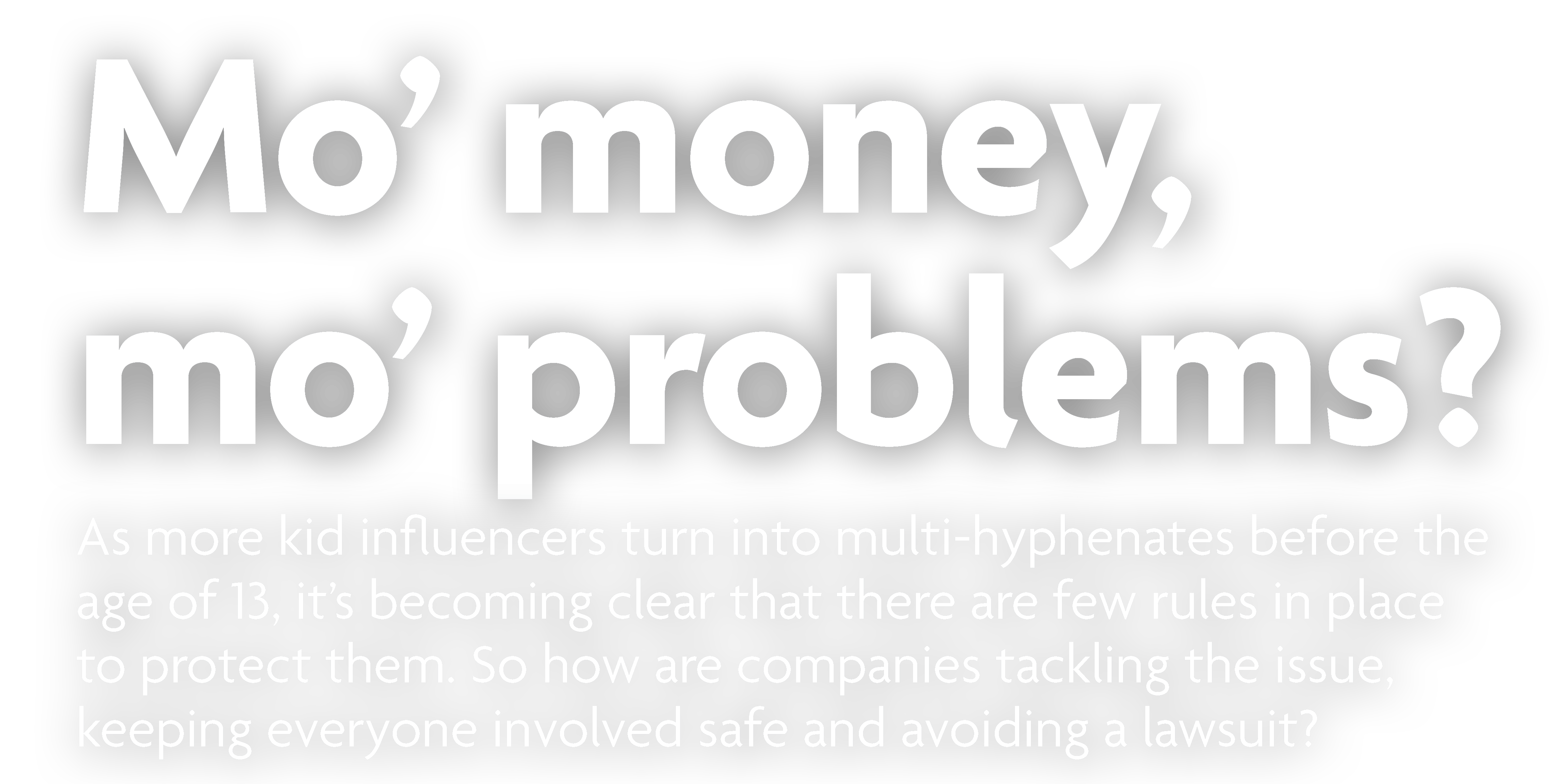 There are few protections in place for these young stars, but companies like Pocket.watch, Nickelodeon and SuperAwesome are looking to self-regulation solutions.

Seven-year-old Ryan Kaji is a regular American kid who goes to public school, has soccer, gymnastics and swim lessons in the evenings, and enjoys spending time with his parents and younger twin sisters. Oh…and he’s the mega YouTube star known as Ryan ToysReview—with 19.7 million subscribers at press time. That’s not to mention that he’s the face of Nickelodeon TV series Ryan’s Mystery Playdate, has his own toy line and myriad other brand extensions. With all of that popularity and success comes a lot of responsibilities that could be overwhelming for any adult, let alone a seven-year-old. And while there are child labor laws that prevent kids’ exploitation at the hands of big corporations, there are few, if any, regulations in place to protect self-made digital stars like Ryan.

In the past, child stars were covered by regional child labor laws that governed kids’ hours of work, under what conditions, how often they should go to school and more. But the world of YouTube has created a loophole. After all, where is the line between work and fun, when “work” is being filmed opening boxes filled with toys. When it comes to kidfluencer protections, there’s a gap in the market.

But kids like Ryan aren’t just in front of a camera—they’re entire brands unto themselves. There’s a giant media empire built around Ryan. And he isn’t the only one.

It’s not always a clear-cut issue. The number of kids creating content is unknown as many influencers don’t divulge their ages. Yet some of the most popular creators currently on the scene—including Ryan, Like Nastya Vlog (28 million), EvanTubeHD (6.3 million), EthanGamer (2.4 million) and Hayley LeBlanc (1.3 million on her own channel and 7.2 million on her family’s Braytayley channel)—are all under 13.

The advertising industry isn’t ignoring these kids either: Ad spend for all influencer marketing is expected to reach more than US$10 billion by 2020, according to California-based firm MediaKix. Of that pie, a sponsored YouTube video is worth roughly US$45,000, according to The New York Times. And that’s saying nothing of brand extensions and potential consumer products these stars sell directly to their fans.

The digital space—and kids’ involvement in it—is no longer a new and emerging trend. It’s a fully entrenched part of the industry. And while there are laws in place to protect child performers, they don’t make specific provisions for today’s borderless, digital content producers. As a result, companies have had to come up with their own rules to protect these kids.

Since there were no laws in place when kids digital media company Pocket.watch signed Ryan back in 2017, the company built a field guide for working with young creators. It doesn’t make the manifesto public, but CEO Chris Williams says his team put it together by combining internal research with other best practices in the film and TV industries, as well as mixing in the executive team’s own experience and then asking their partners to go above and beyond the manifesto. 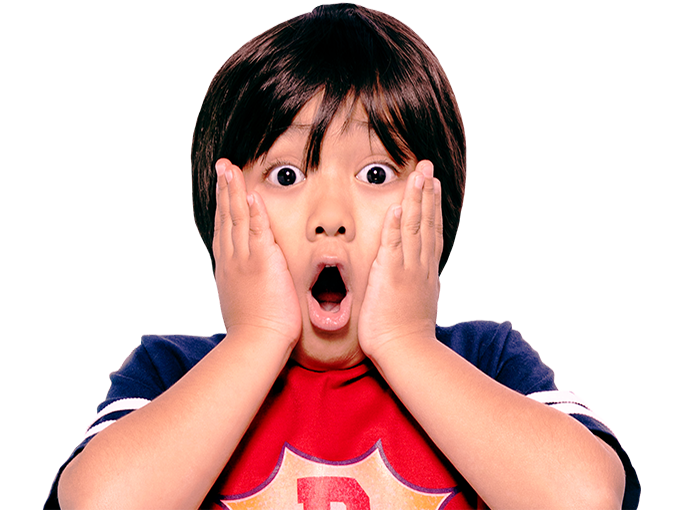 Some of the sections in Pocket.watch’s field guide include stipulations on how many hours the seven young creators on its roster can work (based on actors guild SAG-AFTRA’s guidelines, which says kids under the age of six can’t work more than six hours, kids seven to nine can work eight hours, and 10- to 16-year-olds can work nine hours); educational material for parents on how to safeguard their child’s financial well-being (including instructions on establishing a Coogan account, which is a California law requiring 15% of all minors’ earnings be set aside in a blocked trust account); what’s a fair hourly rate for creators; how to find a qualified on-site teacher; and guidance on appropriate content for this age set.

“We want to make sure the content is positive, age-appropriate and models really positive behaviors like teamwork,” says Williams.

Even with all of those stipulations and guidelines, the system Pocket.watch created is far from perfect. Williams acknowledges that the company can’t actually enforce any of the principles on behalf of its partners because they aren’t codified into law.

The team can, however, use the manifesto as a guide for companies with which it works, employing it as a tool to weed out organizations unwilling to follow those basic principles.

To maintain control over its influencers’ safety, Pocket.watch handles a lot of the work in-house. For example, despite being a Nickelodeon show, the 40 x half-hour series Ryan’s Mystery Playdate is produced by Pocket.watch to avoid any potential issues.

Nickelodeon, meanwhile, has been building up its own roster of digital talent in recent years, with stars like Annie and Hayley LeBlanc hosting Annie Vs. Hayley on the Nick YouTube channel, and partnering with 15-year-old Isabella de la Torre (known as La Bala to her nearly six million YouTube subscribers) for multiple content and music projects, as well as a consumer products program.

The kidcaster declined to be interviewed, but a spokesperson said that the rules and guidelines it follows for influencer talent mirrors how it works with all of its more traditional stars who are also under the age of 18. Its contracts follow all applicable local laws, referencing performance and other professional services, and cover everything from number of hours influencers can work, to on-set teachers and Coogan trust accounts.

However, the waters become murkier when you consider how pervasive an influencer’s work is in his or her day-to-day life. While a child’s hours on set may be covered by current statutes, a lot of these bills were enacted in North America and Europe in the early- to mid-1900s (Coogan accounts, for example, were put in place in 1939) and have only been updated slightly since. So what happens when a kid is working in Latin America? Or isn’t just filming a TV show, but also making and editing YouTube videos at home, creating consumer products and going on tour?

Last year, UK-based digital kids company SuperAwesome noticed this gap in the marketplace and looked to tackle it with its SafeFam program. The certification—available through SuperAwesome—trains, assesses and provides ongoing guidance to creators and brands for free.

“I think the reason [laws or regulations] aren’t in place yet is because so many people aren’t even aware of how massive this space is and how popular these talents are,” says Brittany Bagnall, SuperAwesome’s head of KidFluencer Marketplace.

SafeFam, which launched in February 2018, has more than 200 kids content and kid-targeted creators signed on, and covers everything from number of hours children can work, what hours they should be working (only between 7 a.m. and 7 p.m.) or shouldn’t be working (not during school hours), and generally making sure they aren’t doing anything that’s harmful for their health, well-being or education.

“We tackle that life-work balance, if you will, but it’s complicated because for a lot of kids, this isn’t work. It comes with a livelihood, but it’s not work. The second that it becomes [a job], that’s when parents need to step in and give it a look,” says Bagnall. “There’s still a lack of awareness, and people haven’t really wrapped their heads around it yet. A lot of these kids are skipping school and being homeschooled, but not taught properly, just so they can keep filming content.”

SafeFam also takes a deep dive into advertising guidelines, including when and how to disclose paid-for content. The certification also tackles content that’s appropriate to be on a channel led by someone under 18, which means no one is shown in distress, there’s no blood or gore, and no one is put in harm’s way for a prank.

The continually updated guide is based on the UK’s Advertising Standards Authority, the US Federal Trade Commission guidelines, global child labor laws and the US Children’s Advertising Review Unit.

Despite the work SuperAwesome has put into the program, Bagnall says she won’t chase down brands or creators and beg them to sign on. Commitment to SafeFam needs to be voluntary and grassroots, she says. While cajoling brands, parents and media companies to participate could broaden the program’s reach, for it to be truly effective, participants need to make the decision to buy in on their own.

Ultimately, the problem is that even as these companies continue to build up their own efforts and protect the kid creators they are directly in contact with, both Pocket.watch and SuperAwesome acknowledge that they can’t help everyone. The only real way to go about instigating change in the space is if lawmakers take notice.

“I firmly believe that policymakers at the federal level, at the state level—at all levels—should establish laws and regulations that protect young influencers and young creators,” says Williams. “I really hope that when it happens it will be a collaboration between educators, researchers, lawmakers and the industry at large because we all need to come together to establish those ground rules. But while we wait for these things to be implemented, we’re committed to doing our best to set the industry standard.”