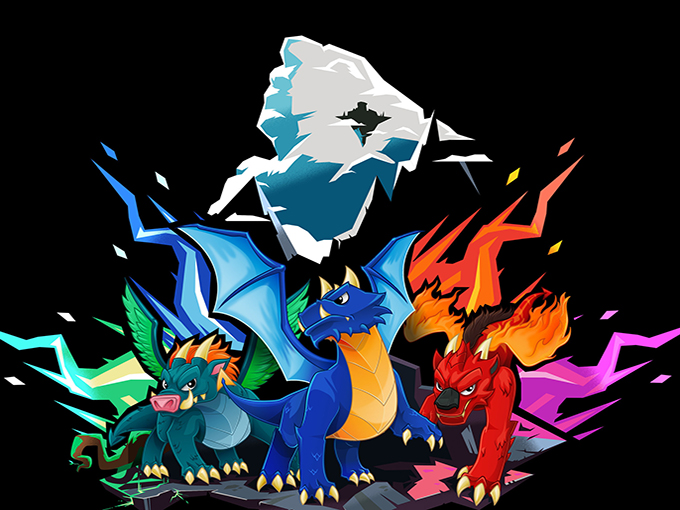 Spin Master is taking to the skies with a new dragon-based IP Dragamonz. The new brand will start with toys before it delves into a new digital-first series.

Tapping into the unboxing and collectible trends, the Toronto-based toyco and entertainment company’s new property lets consumers smash open eggs to reveal a half-animal, half-dragon figure, with 72 different characters to collect. In an effort to expand the new brand beyond consumer products the company has rolled out a mobile app and is releasing an animated series based on the brand this fall.

After seeing success with its girl-skewing collectibles range Hatchimals, which propelled a 41% lift in revenue in Q1 of 2017 and helped the company crack the US$1 billion mark in 2016, Spin Master saw a demand from consumers who wanted to know when a version of the property for boys would be launched, says SVP and global business unit lead James Martin. (Spin Master reported a 65.9% decline in its remote control and interactive characters segment in Q1 driven partially by Hatchimals.)

The new property has been in development over the past two years, and designed to be unique from Hatchimals and reach boys in the five to 10 audience. Spin Master’s goal with Dragamonz, in particular, was to create a franchise it could build on for a few years, says Martin.

Looking for even more ways that kids can engage with the IP, Spin Master is launching the animated series Dragamonz  on Amazon Prime Video Direct (which lets creators distribute their own content to Prime users) this fall. The 50 x 2.5-minute show targets boys five- to seven-years-old and is set in the fantastical world of Dragamar, where an unlikely hero has to restore peace to the land by uniting the characters.

To build that immersive world around the IP, the toyco is also including trading cards with every toy. Kids can use the cards to bring characters to life and battle with them through the augmented reality app Dragamonz, which is now available on iOS and Android. The free-to-download app was created by Massachusetts-based AR game designer HappyGiant (Untamed/Battle Arena) and lets kids scan their cards with a mobile device to bring the characters into the game. The app also gives users more ways to engage with the IP by letting them trade their cards and battle in the real world.

“The technology used to be clunky but now it’s seamless and we know that kids are always looking for new apps,”  says Martin. “At the same time, AR is starting to become the expectation in games and we’ve seen more and more companies use it and we wanted to create something on-trend by including it.”

The new property launch comes only about a week after Spin Master reported its Q2 financial earnings, which showed that Spin Master has bounced back from a difficult Q1 with a 202.3% increase in its boys action and high-tech construction segment and a 3% revenue increase over last year. The new property comes at a time to take advantage of this recent success and continue to grow the company’s earnings in that market, says Martin.