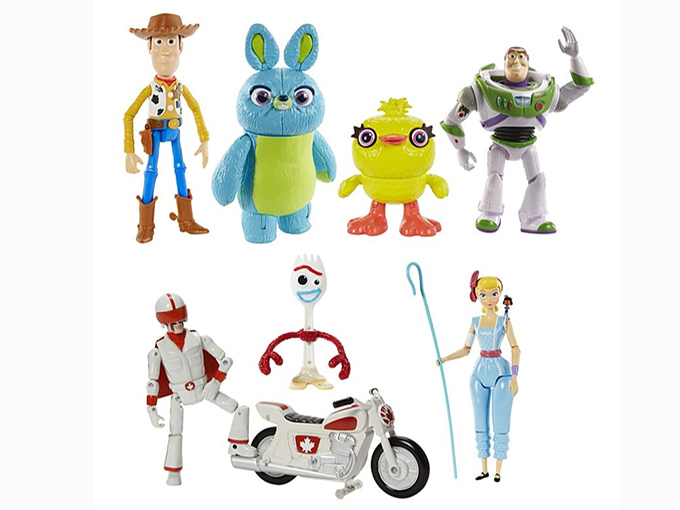 After doubling down on big franchise tentpoles, the toymaker eked out a 1% increase in gross sales thanks to strength from its action figures, building sets and gaming category.

After a difficult first quarter, strength in Mattel’s action figures, building sets and gaming category contributed to growth in Q2 2019. The California-based toymaker reported a slight increase (1%) in gross sales for the period, reaching US$962.3 million.

Sales for the action figures, building sets and games category increased 21% to US$222.7 million thanks to strength in products related to Toy Story 4 and partially offset by the Jurassic World brand. The segment was also a source of growth for the company in a challenging Q1 2019, growing 18% to the tune of US$150.3 million.

The dolls category also saw gross sales grow 3% to US$273.4 million in the second quarter, while Barbie specifically saw a 9% sales bump to US$186.5 million. The vehicles category, meanwhile, was steady with US$214.1 million in gross sales and Hot Wheels in particular reported US$175.2 million in sales (up 5% from Q2 2018).

For the second quarter in a row, the American Girl category reported a decline in gross sales (down 23% to US$34.4 million in Q2). In February, the toyco announced it is partnering with MGM to develop a live-action film based on the brand.

Mattel’s infant, toddler and preschool category saw gross sales fall 13% to US$252 million. Fisher-Price and Thomas & Friends contributed to the decline, with sales dropping 6% to US$222.4 million.

Gross sales in North America grew 1% to US$447.4 million in the second quarter, while international gross sales were up 3% to US$480.5 million. Increases in both regions were driven by the action figures, building sets and games category.

Mattel continues to focus on action moving forward, inking a deal to serve as global toy partner for Paramount Pictures’ Top Gun franchise. The toymaker picked up rights for die-cast vehicles and aircrafts, playsets, games and other toys. Consumer products are expected to bow ahead of the upcoming sequel Top Gun: Maverick, which is set to hit theaters in June 2020.