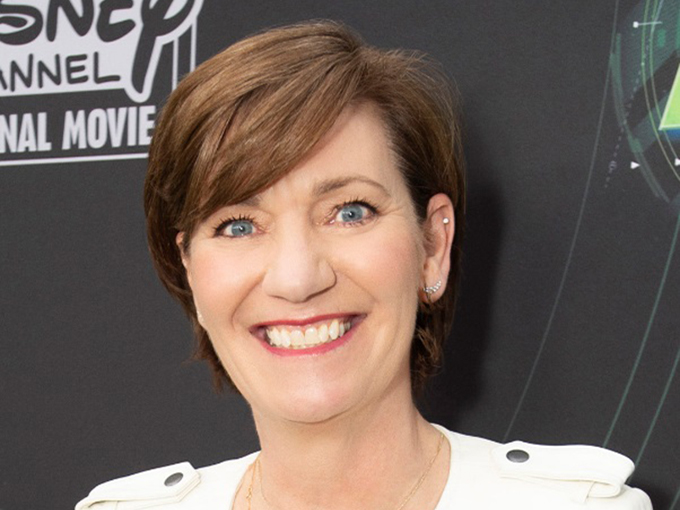 A growing demand for kids and family content and a chance to communicate important themes in her work motivated the Emmy-nominated producer to join Disney's creator roster.

Disney Channels Worldwide has signed an overall deal with producer Zanne Devine, which will see her develop and produce movies for Disney Channel and the upcoming SVOD Disney+.

No stranger to Disney content, Devine is the EP of the upcoming Disney Channel film Kim Possible and the kidsnet’s Secret Society of Second Born Royals, which recently wrapped principal photography. The president of LA-based indie prodco Montana North Media, Devine has been an EP on a number of films, including the recent sequel in the Halloween horror franchise and the Oscar-winning biopic I, Tonya.

While she doesn’t have any specific details about how much content she’ll make for Disney’s channels and its SVOD, she plans to make, “as much content as humanly possible.”

Her experience creating content for both kids and adults made it a natural fit to reach both audiences through, says Devine. She plans to bring her recipe for success to future Disney projects by making sure projects focus on important ideas like friendship and family and hardship. And while she’s traditionally focused on adult fare, her recent transition into kids content stems from the growing demand from SVODs to bolster the children and family offerings.

Before Devine launched her prodco Montana North, she was the head of film and television at Miramax, working to grow the company’s pipeline. She also worked as EP on its films and TV series, including the Sherlock Holmes flick Mr. Holmes and on seasons two and three of the action/horror show From Dusk ‘Till Dawn: The Series. Before she began working at Miramax, she served as a creative consultant and strategic advisor for the company. In addition, she served as EP on HBO’s TV movie Cinema Verite, which earned three Golden Globe nominations, and brought her an Emmy-nomination for Outstanding Miniseries or Movie, in 2011.

She has also worked as the VP of productions and acquisitions at Universal Pictures and as president of the Santa Monica, California-based prodco Kennedy/Marshall Company.

“Disney is the place to be with the new SVOD and all the work they’ve been doing creatively,” says Devine. “I enjoyed working with them in the past and with all of the new SVODs coming out, there’s a great demand for kids content, and one of the reasons I’m so excited for this deal is because it lets me devote all my time to creating it.”