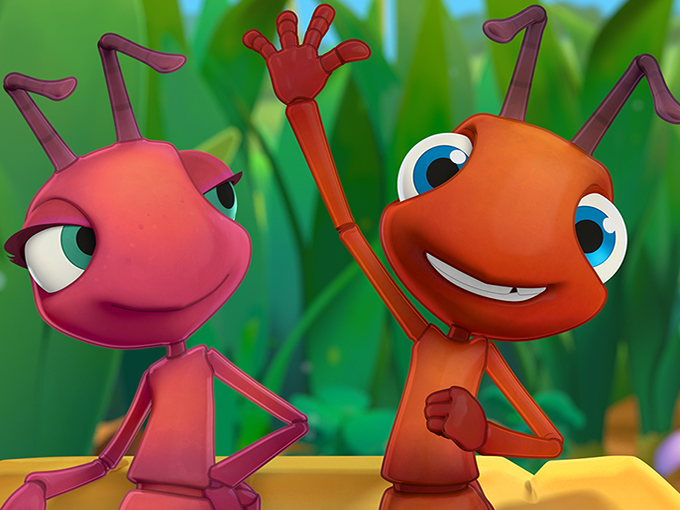 New series Antiks has been picked up by its first broadcasters, while Oddbods and Rob the Robot sail to new territories.

Singapore-based studio One Animation has signed a number of broadcast deals for Oddbods, Antiks (pictured), and Rob the Robot.

VOD platform Toon Goggles has renewed animated comedy series Oddbods (180 x seven minutes) for a second season after it saw positive audience numbers for its first season, according to One Animation. The preschool comedy series has also been picked up by Singapore’s VOD service HOOQ and Malaysian VOD service iflix, which will air it in 140 countries. The minimal-dialogue show has also launched in the US on VOD service Zone-ify TV.

Launched in 2013, on Hong Kong media conglom Next Media’s nxTomo app, before being picked up by Disney XD (US) and Télétoon+ (France), Oddbods’ 180 episodes targets kids three-to six-years-old. The series has also been picked up by Netlix, Hulu and Amazon Prime.

One Animation also locked in new deals with HOOQ and iflix for its educational preschool series Rob the Robot (104 x 11 minutes). The adventure toon revolves around a curious robot as he explores the galaxy one planet at a time with his friends. The property airs across 75 countries and has been acquired by a number of broadcasters, including NRK (Norway), SVT (Sweden) and Disney Junior (Southeast Asia).