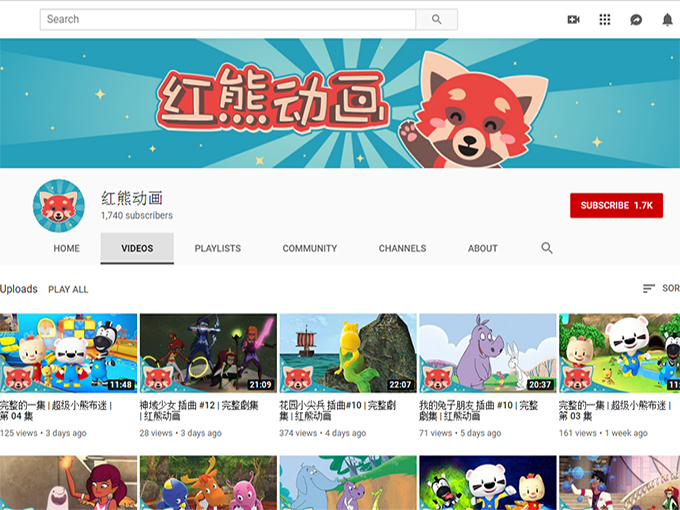 Corus Entertainment’s Nelvana is going global with its new YouTube channel Red Bear Animation. The channel features a number of the company’s shows—including The Backyardigans, Mysticons, Super BOOMi and My Friend Rabbit—in Mandarin.

The Red Bear Animation channel will roll out new episodes several times a week. Content from additional shows, including Franklin, Babar and Ranger Rob, will be available later this year.

Nelvana hopes this launch will follow in the footsteps of its other popular YouTube channels, Treehouse Direct Español and Treehouse Direct Brasil, each of which boast more than one million subscribers. The Spanish- and Portuguese-language channels are leading views for the producer and distributor, and in focusing on its global fanbase, the Nelvana team noticed significant engagement from Mandarin-speaking viewers.

As Nelvana works to grow its YouTube presence with localized channels, however, the platform is in the middle of a settlement with the Federal Trade Commission after an investigation found YouTube failed to protect its kid users from inappropriate content and improperly collected their data (in a breach of the Children’s Online Privacy Protection Act). Last year, Google launched new parental controls for YouTube Kids, expanded its content moderation team for the platform and pledged to further flag and remove inappropriate content.