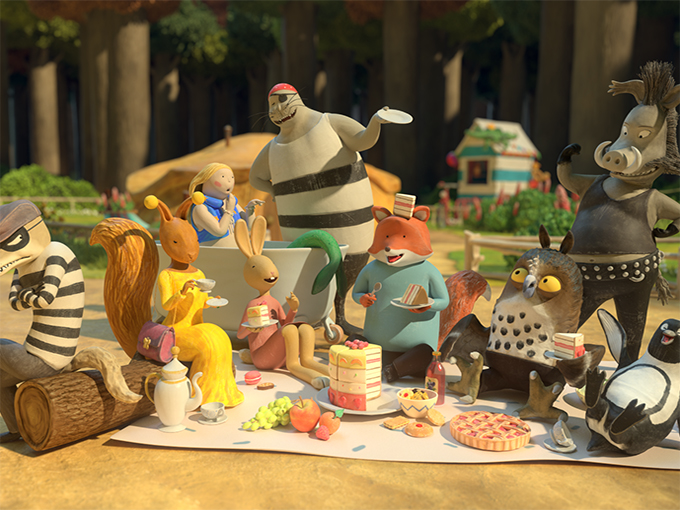 Branded pop-up channels, theater screenings and traditional broadcast deals: How companies are trying to reach audiences in a crowded market.

Nickelodeon’s animated adventure series (179 x 22-minutes) revolves around a young bilingual Latina who ventures through tropical settings and overcomes obstacles to reach her goals. Aimed at kids two to five, the preschool-skewing pop-up channel is the most recent addition to Pluto TV’s lineup since the streamer was acquired by Viacom in January. Earlier this year, the kidcaster announced its plans to launch branded channels on the network for its classic shows, including All That, Teenage Mutant Ninja Turtles and Fairly Odd Parents.

Pluto launched the new channel to coincide with the upcoming theatrical release of the IP’s live-action feature Dora and the Lost City of Gold, which premieres August 9. First launched in 2000, Nick’s series is now viewed by more than 100 million people in 150 countries and territories, according Pluto.

UK-based producer/distributor Novel Entertainment is sending an hour-long special of its animated series Horrid Henry to theaters in the UK and Ireland next month, after it secured a deal with British cinema operator Vue Entertainment. Premiering on August 23, Vue will screen the special in its 91 theaters located throughout both countries in major cities such as London and Glasgow. No details are available yet on how long the special will air in theaters.

Directed by Hilary Audus and Dave Unwin and produced by Mike Watts and Lucinda Whitely for Novel, the new special is a compilation of episodes combined with new music videos. Beyond the special, the 250 x 11-minute series is available on a number of international broadcasters, including ABC (Australia), Mediacorp (Singapore), Gulli (France), NRK (Norway) and Hulu (US).

Novel Entertainment also expanded the brand in March with a bevy of licensing deals with Texco (bedding), Cooneene (pajamas) and Clear Vision (glasses).

APC Kids, the kids entertainment arm of France’s APC Studios, has sold its animated series Fox & Hare (pictured) to a number of international broadcasters. No details are available yet on when the series is going to debut.

The 26 x 11-minute clay and 3D-animated hybrid series has been picked up by DR (Denmark), RTHK (Hong Kong), and Piwi+ (France). At the same time, APC Kids also presold the show to a group of broadcasters in Europe, including RTBF (Belgium), YLE (Finland), RUV (Iceland), ERR (Estonia) and TVP (Poland).

Commissioned by Belgian kidsnet Ketnet and Netherlands-based broadcaster KRO-NCRV, the comedy is based on the eponymous book series written by Sylvia Vanden Heede and illustrated by Thé Tjong Khing, which has been published in 10-plus countries. The animated show targets four- to seven-year-olds and centers on the adventures of a fox and a hare as they come up against problems in their forest-home.

Under the agreement, Animaccord acquired exclusive media rights to the 39 x seven-minute show and will to manage the IP’s presence on its Russian, Ukrainian, Arabic and Turkish YouTube channels.

Aimed at four- to seven-year-olds, the comedy-adventure follows a group of small and mighty heroes from a magical land. After the series grew online via its YouTube channel (67,000 subscribers) Herotainment expanded the IP with a 78 x seven-minute series for TV that was picked up in January of 2018 by Discovery Networks for 25 territories in the Middle East.