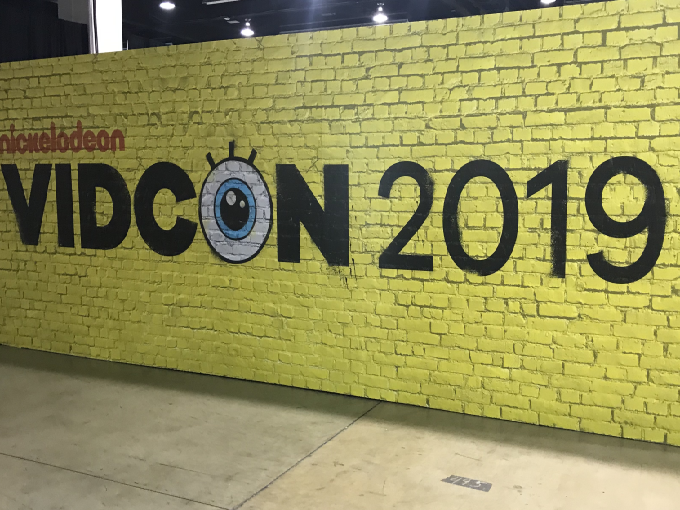 On its 10th anniversary, the event's GM teases what the influencer-led expo's future holds.

This year at VidCon a couple things have changed, the press room is much larger and harder to get to for one (but that’s just one reporter’s opinion), the featured creators are slightly different than last year (no more TanaCon⁠—Tana Mongeau is now a featured creator), and oh yeah…this is the first year Viacom has fully owned the event.

But you aren’t likely to have noticed the difference walking around the Anaheim Convention Center. Nickelodeon’s booth was the same size as last year. Awesomeness sponsored a stage and had a booth. MTV’s space was actually smaller than previous years. Despite Nickelodeon’s large logo looming over everything on the Expo Hall floor, there wasn’t a ton of Viacom branding. And its ownership didn’t stop other major media companies from showing up. Fox, NBC and Disney all had a presence. The event also remained, first and foremost about YouTube. The AVOD platform was the event’s most prominent brand, with Neal Mohan, the chief product officer at YouTube giving the Industry keynote to a packed room, and where security had to turn people away.

As Jim Louderback, the GM of VidCon said exclusively to Kidscreen in an interview at the event, it hasn’t become “ViaCon.”

“We were Switzerland before Viacom bought us, with lots of platforms and creators coming and we still are. It’s still the same event. It’s just a little bigger,” says Louderback. “What’s really changed is we have access to more clients and more potential sponsors.”

The biggest change isn’t who owns the conference, it’s how other companies have jumped aboard.

“As the online video industry has grown up and become more mature and mainstream, you see more companies and more mainstream things happening here,” says Louderback.

More than 100 brands set up shop in the convention center, including food companies like Mars and Hubert’s Lemonade; toycos like Feisty Pets, LOL! Surprise, Mattel and Hasbro; and of course, plenty of merch booths from the influencers themselves. VidCon even has a few t-shirts for sale with the 10 year anniversary logo on them.

“It is clearly reflective of the maturing of the industry overall and it reminds me of when ESPN came into extreme sports with the X Games,” says Chris Williams, the CEO of Pocket.watch. “There are a lot more logos everywhere now.”

More than 75,000 attendees took part in one (or more) of Vidcon’s three streams: the community track for fans looking to meet and interact with influencers (this includes lots of Q&As with some of the biggest stars, meet and greet lotteries and booth appearances); the creator track (featuring all of the community events plus a few extra panels and events to teach people about making and sharing content online); and the industry track (which includes everything previously mentioned, plus areas for business networking and industry insight sessions from business leaders, including execs from Facebook, TikTok, YouTube and more). Yet, the industry growth might be coming at the expense of the other two streams.

It didn’t always used to be this way though. VidCon began as a small event in the basement of a Hyatt hotel in LA. It’s since grown into the hodge-podge fan/big business/influencer meet-up it is today, where YouTubers wandered the floor of the convention center interacting with fans.

Williams, who attended the first VidCon, has noticed a demographic shift in attendees, one that’s evolved over his 10 years at the conference.

“In the early days, VidCon was more of a community, where fans would come alone and make close friends though their shared love of the stars,” says Williams. “Over the years, as influencers became more mainstream, large groups of friends would make the trip to Anaheim together so they could experience it as a group.”

The insanity crested in 2017, when videos revealed YouTubers running through the venue with crowds of hundreds of kids chasing after them screaming—something a few people have likened to Beatlemania. Safety concerns prompted greater movement restrictions, and areas hidden from fans became the norm (such as the photo-free areas for industry badge-holders)—yet those restrictions hindered influencer access, something that had big appeal to the fans in the first place (and there were more than a few rumblings this year among attendees about why they should even bother coming if they couldn’t meet their favorite digital stars).

In comparison, industry execs, whom have been more readily jumping on the industry bandwagon in recent years, have had easy access to these digital stars.

Over the past two years, VidCon has become a strong B2B event under Louderback (who was brought on board specifically to grow brands’ presences) and Viacom’s ownership.

There are more people with industry passes here than there has been ever before. And the rooms for industry panels were packed, with attendees frequently being turned away. The industry zone was also separated from the community and creator tracks, and only people with the right badges gained access. Restrictive photography rights also means the section has become a popular haven for the creator influencers, who used the industry zone as a convenient hiding spot from their hordes of fans.

And amid the growing presence of mainstream brands (coupled with walled off influencers) some industry folks Kidscreen spoke to wondered whether the fan and business sides of the expo might be split in the future. And though Lourderback has no immediate plans to uncouple the event, only time will tell.