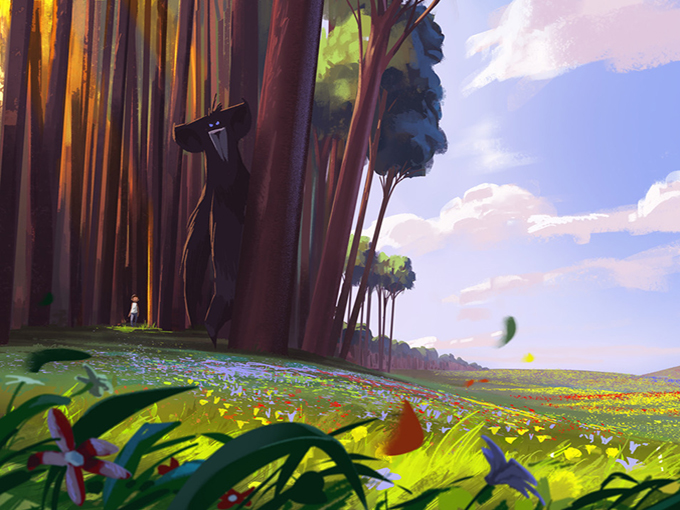 Written by Jean Regnaud (Ernest & Celestine) and Marie de Banville (Tobie Lolness) and directed by Paul Leluc (The Wolf, The Long Long Holiday), the 10 x half-hour episodes are aimed at eight-to 12-year-olds and are set for delivery in early 2022.

Adapted from kid’s novel of the same name by French writer Jean Claude Mourlevat, the book has sold more than one million copies in France and other countries including Japan, China and Russia. The adventure-romance series follows Hannah’s quest to search for water that will heal her sacred bird, and the shy boy whose world is turned upside down when she enters his shop. Dandelooo will handle international distribution for the animated series.

Launched first on New Zealand’s network TVNZ and Canada’s CBC earlier this year, the animated series revolves around a friendship between dinosaurs Kiri and Lou as they adventure together and explore emotions.

Hand-crafted in paper and clay and animated by Anthony Elworthy (Kubo and the Two Strings, Coraline), the show is written and directed by Harry Sinclair (90210). Produced by Fiona Copland for New Zealand prodco Stretchy and Heather Walker (George of the Jungle, The Care Bears Family) from Canadian animation studio Yowza!, Kiri and Lou is aimed at kids four-to seven-years-old.

NHK will air the live-action kids series’ hour-long premiere and its 24 x 28-minute episodes on its educational channel E-Tele. The Japanese broadcaster will also produce a dubbed version of the episodes. No premiere date on the network for the series has been announced yet.

The series is based on the kids books by British writer Jill Murphy and center on a clumsy 10-year-old girl who discovers she’s a witch. The live-action-CGI-blended series was previously picked up by a number of international broadcasters including Discovery Kids (LatAm) and GMA (Philipines). A new season (39 x 28 minutes) is now in production.

Both agents are in charge of managing a growing list of deals including board games, apparel, personal care, pet accessories plush toys and stationary. Simon’s Cat centers on the antics mischievous cat and his long-suffering owner Simon. First seen on YouTube in 2008, the cat has expanded its presence into more than 100 countries with CP across gaming, publishing and apparel categories. The brand’s mobile gaming apps, including Simon’s Cat Pop Time and Simon’s Cat Crunch Time, have been downloaded more than 16 million times, according to Endemol Shine.