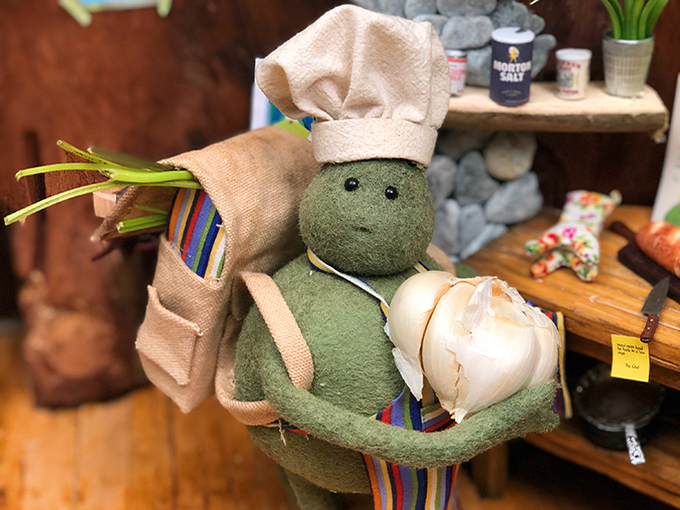 Imagine Kids & Family has invested in popular Instagram-based digital IP The Tiny Chef Show with plans to develop a range of content, consumer products and eventually a global franchise based around the property.

The Tiny Chef Show brand tracks the stop-motion character The Tiny Chef  as he cooks, sings, and lives in his tree-stump house. The brand, which is made up of short-form, stop-motion animated videos and photos first launched last October and has 375,000 followers on Instagram and 22,000 subscribers on its YouTube channel, and it marks the first IP that Imagine Kids & Family invested in. Its popularity on social media is just one of many reasons the company decided to take an equity position in the IP, says Imagine Kids & Family president Stephanie Sperber. Brought aboard to help the young division evaluate potential IP with larger franchise potential, Sperber says she saw the opportunity to grow the brand to get community activations, an in-school presence, publishing and cooking programs.

While The Tiny Chef Show is the first IP the company has invested in, Sperber hopes it isn’t the last. The company is looking to create a business model focused on growing brands into franchises and working with a popular, easily localized brands, she adds.

In the case of the miniature cook, a large part of the brand’s appeal lies in its star, the stop-motion puppet who speaks in a mumble-y, often incomprehensible singsong style reminiscent of The Muppet’s Swedish Chef character. The resulting language-less series makes it a much easier product to localize, says Sperber. (And, since neither his cooking style nor his home have clearly identifiable markers, the video content is easy to transplant as well, she adds.)

“There’s a total originality to the brand,” says Sperber. “Everyone who sees it has adoration for it. The stop-motion look is unique and beautiful and the simple design of the character lends itself well to CP and other forms of content. Also, the values of the brand—like community, global sustainability, and the message that this tiny character can make a difference—are very empowering to kids, and are all reasons Imagine was drawn to it,” she adds.

Imagine is partnering with the IP’s creator, animator Rachel Larsen (Coraline and ParaNorman), co-creators Adam Reid (Hello Lonesome) and Ozlem Akturk (Frankenweenie), and actor Kristin Bell (Frozen), who boarded the brand earlier this year. The company will develop short-form videos, a TV series and digital content, with Imagine’s Ron Howard, Brian Grazer and Sperber working as EPs. Imagine will also produce a range of CP as part of a global franchise for The Tiny Chef, though firm dates for product or content releases haven’t yet been finalized.

“We’re going to be super slow and thoughtful about how we’re going to build the franchise around the content,” says Sperber. “What we’re looking for in terms of our brand and consumer product partners are those that share the values of Tiny Chef. Environmental sustainability, what the products are made out of and the messaging on the packaging is important. [For example,] maybe [we'll have a product with] seeds embedded in the packaging and you can plant the seeds and grow vegetables or flowers. It’s about embedding messaging and teaching moments for kids throughout the retail and consumer product programs.”

Sperber is most excited about expanding the brand into music, she says. The Tiny Chef often sings and building on the musical element of the IP with CP or a partnership with a music label, would be a logical step forward, says Sperber. However, that’s just an idea at this point as the company is just now starting to consider the next steps for developing new content, before moving into building up the franchise, she adds.

“We haven’t even started yet,” says Sperber. “This is just the beginning but we want to take the values of joy, empowerment, and sustainability and infuse that through all the eventual elements of the franchise that we create.”