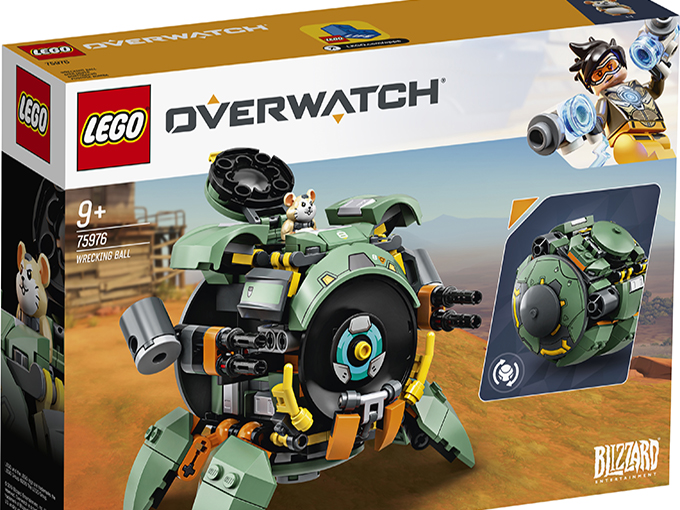 LEGO gets in the game with Overwatch tourney

The brickmaker will host a day-long eSports tournament on Twitch as it gears up to premiere new sets in July.

The LEGO Group is hosting a day-long Twitch Rivals Overwatch tournament on July 25. the tourney pits teams against each other as they play the popular Blizzard Entertainment first-person shooter game.

Twitch Rivals is a branded channel on the streaming service. It hosts competitive events for video gamers, and is a busy channel that often runs daily events and dolls out prize money.

More details on the event, including participants and prizes, will be announced at a later date. The tourney will take place ahead of the launch of the brands’ latest Overwatch-inspired sets (pictured), which will be showcased for the first time at Blizzard Entertainment’s booth at San Diego Comic Con in July, before being released this October.

The Twitch tournament isn’t totally out of left-field for the Danish brickmaker.

LEGO first partnered with Blizzard in 2018 to launch six sets based on Overwatch that featured characters and vehicles from the game. The company also (sort of) has a presence on the video game streaming platform as content creators often make videos of themselves playing LEGO games or interacting with the company’s sets.

It’s also not the first time LEGO has dipped its toes into the world of eSport: In 2017 Warner Bros. Entertainment began hosting gaming competitions for the action-adventure game LEGO Dimensions, where four players use their characters to solve puzzles and defeat enemies in the worlds of WB franchises such as Harry Potter, Adventure Time and Ghostbusters.

LEGO is not the first kids entertainment company to expand its presence with Twitch. California-based media company Genius Brands closed a deal with the platform to air a week-long marathon of its 1980′s animated series Inspector Gadget this past December. CEO Andy Heyward also participated in a live-chat with viewers.

Amazon acquired Twitch in 2014 for around US$842 million because of its user community and live streaming experience, according to the company’s financial report. Twitch now sees 2.2 million daily broadcasters and 15 million daily viewers on average, according to app industry analyst Business of Apps. At the same time Twitch users watch an average of 95 minutes of content per day, and in 2018 the total number of minutes of content viewed rose 58% to 580 billion, from the year before, the industry analyst reported.