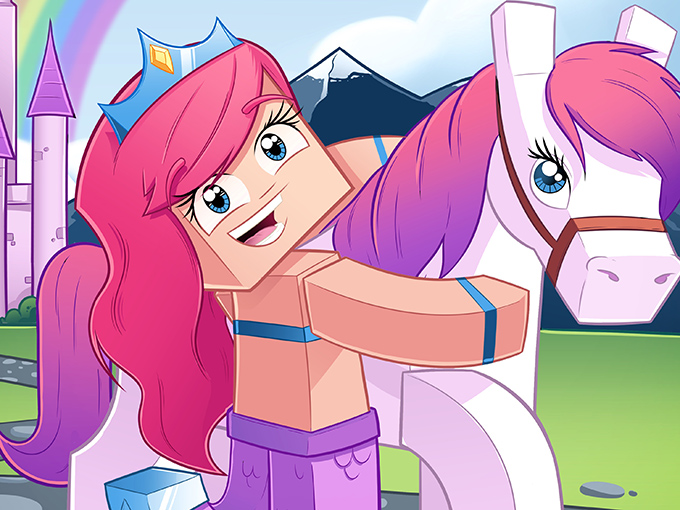 Beginning next month, 75 episodes of Tankee’s original shows, including Minecraft Journey to the End, Octodad Dadliest Catch, PixARK Adventure and Fairy Horse Quest (pictured) will be available on the Kid Genius Cartoon Channel. All of the content is for ages six to 11, and joins Genius Brands’ show Warren Buffett’s Secret Millionaires Club and Thomas Edison’s Secret Lab.

Kid Genius is available as a free entertainment app as well as part of the Genius Brands Network roster, which also includes Baby Genius TV and is distributed on multiple OTT platforms such as Amazon Prime, Comcast’s Xfinity on Demand, Roku, Apple TV, Amazon Fire, Cox, Tubi and Xumo. In total those OTT platforms reach approximately 80 million US households.

Tankee meanwhile has been building a roster of COPPA-compliant, family-friendly gaming videos for under-13s because it saw a gap in the marketplace for this kind of content. Its own on-demand mobile entertainment app, which launched last year, features more than 500 hours of curated and licensed gaming videos. It also has exclusive original content in partnership with top gaming influencers, including AmyLee33, ThnxCya and Thinknoodles.