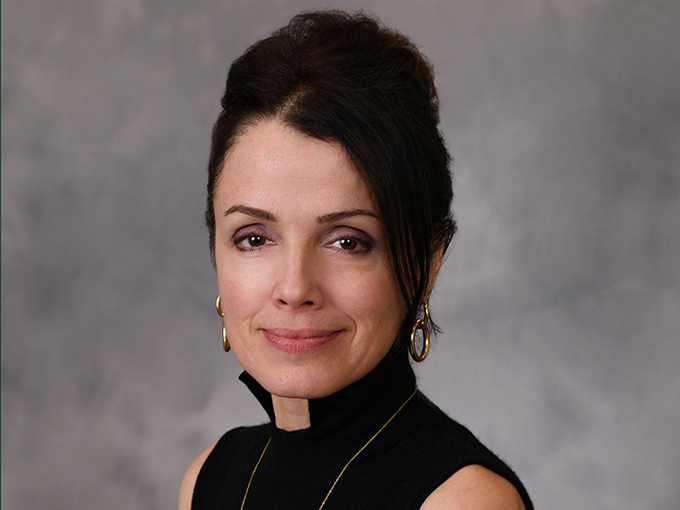 In conversation with WB’s Courtenay Valenti

The studio's president of production and development dishes on its kids and family film strategy, why it's ramping up production, and new opportunities around its iconic IPs.

Today’s competitive kids, family and young adult movie market is dominated by the House of Mouse and an influx of commissions from SVODs like Netflix. To keep pace in the crowded market, Warner Bros. Pictures (WBP) is banking on a diverse slate with broad global appeal. The studio see this strategy as a way to not only win at theaters, but also across television, consumer products and, eventually, streaming. (WarnerMedia’s still-unnamed streaming service is expected to launch at the end of 2019 and will feature kids and family franchises such as Bugs Bunny, LEGO movies and Scooby-Doo, according to Turner Entertainment CCO Kevin Reilly, who is heading up the platform’s content strategy.)

Despite the increasingly crowded market, WBP is succeeding in the youth and family space by focusing on what theater-goers around the world already know and love—recognizable brands.

From Wonder Woman and Teen Titans Go! to The LEGO Movie and the multi-billion-dollar Harry Potter franchise, family-friendly movies based on iconic properties from the WB vault—which includes the DC, Hanna-Barbera and Looney Tunes portfolios—have been, and continue to be, big contributors to WBP’s bottom line.

In 2018 alone, the studio’s family releases—including Aquaman, Ready Player One and Fantastic Beasts: The Crimes of Grindelwald—brought in more than US$2.6 billion in worldwide box-office receipts, according to movie revenue tracker Box Office Mojo. To put that figure into perspective, 2018 was WBP’s best year on record, generating more than US$5 billion globally.

Other films without release dates yet include an animated Jetsons feature, an adaptation of Roald Dahl’s The Witches and the first-ever live-action movies based on classic Mattel toy properties Barbie and Hot Wheels (co-produced with the toyco’s new film division).

Leading the WarnerMedia-owned motion picture group is production and development president Courtenay Valenti, one of WB’s longest-tenured creative execs and its former co-president of production.

She spoke with Kidscreen about what it takes to keep the studio’s kids business thriving.

How would you describe the film strategy for Warner Bros. Pictures’ kids and family slate?

Warner Bros. is committed to a broad film strategy—we are not looking to make movies in just one genre. We feel the best way to cut through the marketplace is to produce animated and hybrid features based on our beloved IPs, as well as acquired IPs like Sesame Street or books by Roald Dahl.

One of the great strengths of WB is that we own and control significant properties with universal storylines and themes—probably more than almost all of our competitors, except Disney. And given the number of projects we put into development over the last seven years, we’re beginning to see a lot of those films come to fruition.

How is WBP working with creative talent to stand out from the competition?

With each movie, we always work with filmmakers to find the most interesting singular vision. Prior to commissioning the animation, we do the script work, early character designs and storyboarding in Burbank.

But unlike DreamWorks or Disney, which both own large production facilities, we work on our animated and hybrid stories with [third-party] vendors, such as Animal Logic (The LEGO Movie) and ReelFX (Scoob!).

One of the benefits of using this model is it allows us to keep the price points of our movies at a much more manageable level because we don’t have millions of dollars of overhead on every movie.

Why are you including characters from other Hanna-Barbera cartoons in your upcoming Scoob! feature?

On one level it’s an homage to what the fans love because other characters from the Hanna-Barbera universe—including Captain Caveman—used to appear on Scooby-Doo.

But it also allows us to broaden the world. It’s a more expansive story, but still very much a Scooby and Shaggy story, and we went through a few script iterations before landing on the right one from Matt Lieberman, who wrote The Christmas Chronicles for Netflix.

Does WBP have any plans to create a larger, more interconnected film universe beyond what you’re doing in Scoob!?

It would be great, and there are lots of things to play with and think about. But right now we are focused on making a really good Scooby-Doo movie.

They are a cornerstone for us and for TV, and I expect they will be a cornerstone for our streaming service. We all work really well together [across the company divisions]. We’re constantly discussing when different movies will be landing and how those can then connect to the TV strategy.

Finding purchase in the theatrical marketplace. Everyone else is focusing on kids and family. We have to ask, how do we stand out from the crowd? [Our solution] goes back to the focus on our iconic IPs and other singular IPs that we can acquire.