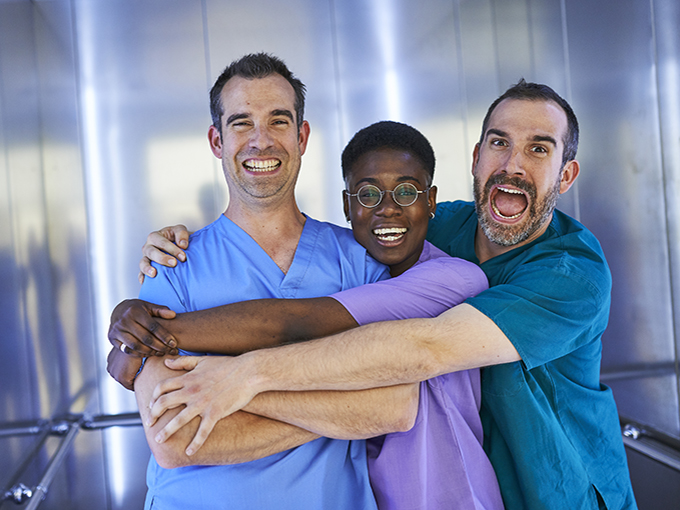 Operation Ouch! to be adapted for US

The doctors are in: Serious Lunch and Maverick are in development on a new version of the British kids medical series.

Serious Lunch is bringing some docs to the US. The London-based producer/distributor is developing a US version of the popular UK live-action series Operation Ouch!  The US format will star the British hosts,twin-brothers Chris van Tulleken & Xand van Tulleken. The show is in development at Maverick TV LA office.

The original 84 x 26-minute medical series from UK prodco Maverick, features two doctors who help kids understand their bodies and how they fix themselves. Set to debut an eighth season on British kidsnet CBBC this winter, it’s a very popular show in the UK and is consistently rated among the top ten shows on CBBC, according to Serious Lunch’s director of global sales Leila Ouledcheikh.

This isn’t the first time the series, aimed at seven- to 11-year-olds, has been adapted into another format for a new audience. The show first expanded its global footprint in 2015 when Netherlands prodco’s EO and NPO produced a Dutch format of the show titled Top Doks, commissioned by Dutch public broadcaster NOS. Top Doks is now in production on a fourth season.

Operation Ouch! already has somewhat of a presence in North America, thanks to Canadian distributor Corus Entertainment, which picked up all of the seasons in 2015 for its kidsnet YTV.

On top of plans to adapt the series and begin pitching it to US broadcasters later this year, six international broadcasters have ordered more of the UK iteration. ZDF (Germany), acquired the second season to broadcast on its free-to-air channel Kika, while Czech TV (Czech Republic), Bein (MENA), Canal Once (Mexico), Noga (Israel) and ETV (India) have all licensed more episodes from distributor Serious Lunch.