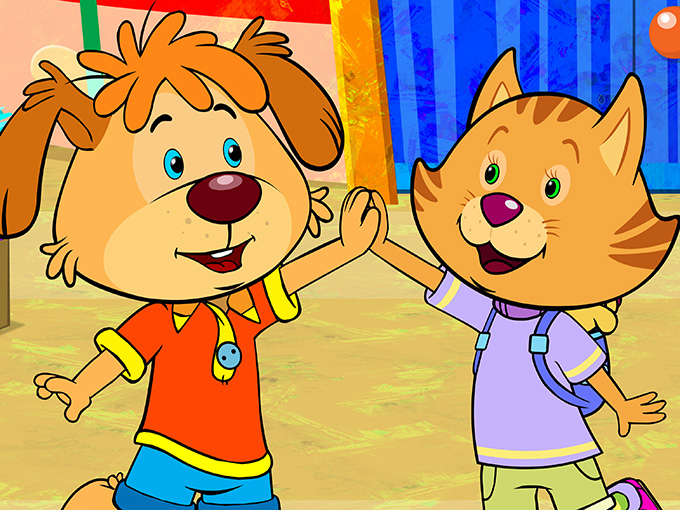 While UK tax changes have resulted in the closure, the company isn’t getting out of the kids space entirely, says CEO Adrian Wilkins.

CHF completed production on season two of its animated series Daisy & Ollie and Pip Ahoy! (pictured) before the studio closed at the end of March/beginning of April, according to the company’s CEO Adrian Wilkins. Future production on the IPs that CHF backs through its media fund, will be handled by the third-party companies that own the IP.

UK prodco Hoopla Animation has been handling production on Daisy & Ollie, while CHF Pip! (which is separate from CHF Media Group, even though CHF Media owns around 30% of CHF Pip!’s shares, according to Wilkins), is handling production for Pip Ahoy! Both prodcos are now responsible for managing and outsourcing any animation on the shows.

Hoopla has already begun production on the third season of Daisy & Ollie and some of the employees who worked at CHF Entertainment were recruited to continue working on it, Wilkins adds. Daisy & Ollie is a 52 x seven-minute CGI-animated preschool series that airs on Warner Bros.-owned British kidsnet Cartoonito. Meanwhile, Pip Ahoy!, a 2D-animated 78 x 11-minute seriesfor preschoolers, was picked up by British kidsnet Channel 5′s preschool block Milkshake! in 2014.

The company closed its animation arm because the governing tax body overhauled its rules for a series of reliefs called the Enterprise Investment Scheme (EIS), near the end of 2018. The changes affected CHF’s ability to receive tax breaks because it provided production services.

Looking to a future without managing production services, the company plans to focus on licensing and merchandising for third-party IPs. It will also continue to raise funds for kids productions, says Wilkins.

“It’s given us an opportunity to resetthe company, now that the burden of production has been taken off of us and put onto the production companies,” says Wilkins. “This is just a change of approach to how the IPs we’ve funded are produced.”

As CHF builds up those licensing efforts, it has tapped a member of its board of directors to serve as the head of the company’s new licensing and commercial arm, though wouldn’t announce the new lead at this time, says Wilkins.