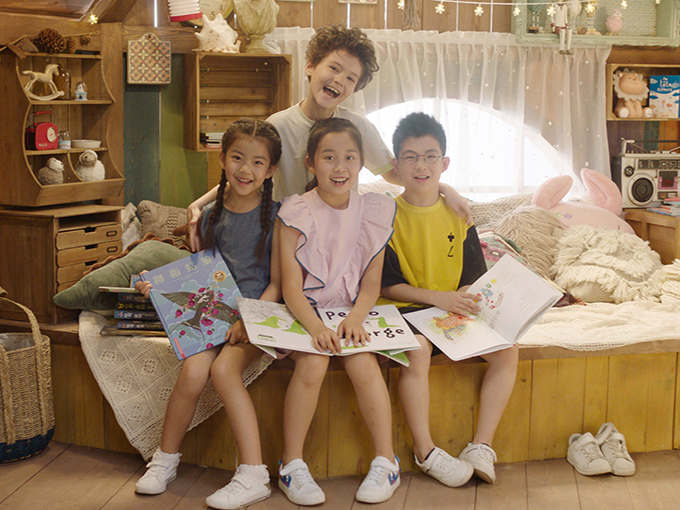 Dandelooo's hybrid preschool series is being adapted into a Chinese-language version by Jesten Huashi and Youku Kids.

French producer Dandelooo has sold the format rights for its hybrid preschool series The Treehouse Stories to Chinese distributor and IP management company Jesten Huashi. Alongside co-production partner Youku Kids, Jesten is creating its own 30 episodes based on Dandeloo’s concept and brand.

Produced originally in France for Canal+ by Dandelooo and French prodco Caribara, the series mixes live action with 2D-animation and is targeted at kids ages four-to seven-years-old. It centers around a group of friends who meet in a secret treehouse to share their favorite books and experience the stories.

The new series is sponsored by the Chinese amusement park operator Chimelong Group, and the new show will be filmed at the company’s amusement parks in Guangzhou, China. While Jesten and Youku will use Dandeloo’s existing animations, the prodco will build its own treehouse (which will be both a set piece and a theme park attraction) and use a cast of local children for the 30 eps.

When the Chinese version is completed, Youku Kids will distribute the series through its platform, which also houses the original version. The first two seasons of the 49 x seven-minute series have previously been picked up by more than 60 platforms in China, including iQIYI, Tencent and OTT digital TV mobile operators, as well as Chinese national broadcaster CCTV.