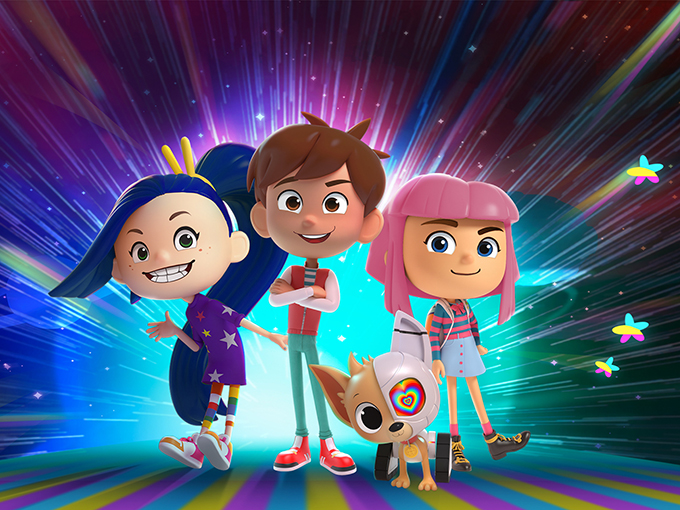 The prodco's recently relaunched distribution banner has picked up rights for the '80s IP and an upcoming series.

The third-party licensing banner has been on hiatus for the past three years, and just reopened for business in January. It was originally formed in 2009 with a focus on acquiring and servicing global CP programs and media distribution for external brands. At the time of its relaunch Henson’s SVP of global distribution, Claudia Scott-Hansen, said she was looking for nostalgia brands and productions that needed help navigating the market for kids and family.

Produced by US toyco Alchemy II, ’80s series The Adventures of Teddy Ruxpin seems to fit that mission statement. The 65 x 22-minute series is targeted at kids five-to eight-years-old and revolves around a young boy and his best friend who follow an ancient map leading to a collection of crystals. The show was originally released in 1986, and in 2016 Alchemy II partnered with English toyco Wicked Cool Toys to relaunch CP for the brand with new tech toys, which rolled out in 2017.

Following the CP relaunch Henson started working on revamping the brand into a CGI-animated preschool show. Aimed at kids three-to seven-years-old, the show is led by showrunner John Tartaglia (Splash and Bubbles) and is produced by Russel Hicks, who was Alchemy II’s original head illustrator during the brand’s initial launch.

The distributor has also picked up the #Friends (pictured), produced by Thai prodco Shellhut Entertainment and funded by Thailand’s T&B Media Global. The CG-animated action/comedy series is scheduled for delivery in fall 2021 and tracks a group of kids who are on a mission to make friends with aliens and share what they find through social media posts. Targeted at six-to 11-years-old, the 52 x 11-minute IP is created by Daniel Clark (B.R.A.T.S. of the Lost Nebula) and Oscar Covar (The Food Truckers).