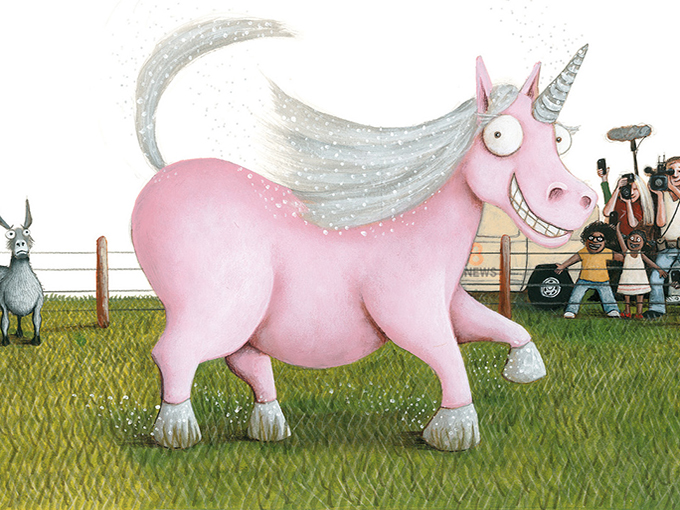 Napoleon Dynamite writers Jared and Jerusha Hess are turning the popular novel about a pony that becomes a unicorn into an animated feature film for the SVOD.

Directed by Jared Hess, and co-written by Jared and Jerusha Hess, the musical film revolves around a pony that becomes a unicorn and an international pop-star at an unexpected cost. No release date for the movie has been announced yet.

Australian writer Blabey will serve as executive producer alongside Patrick Hughes from Blabey’s talent agency Foundation Media Partners. Thelma the Unicorn has sold more than 1.6 million copies and has been distributed in 14 countries around the world, according to Netflix. This isn’t the first time one of Blabey’s works has being developed for the big screen. In 2018, DreamWorks Animation brought in Etan Cohen (Madagascar: Escape 2 Africa) to turn the author’s Bad Guys book series into an animated feature film.

Netflix has increased its invest in animated feature films recently with a growing slate that includes the hybrid-animation pic Pachamama, set to debut in June. The global SVOD is also gearing up to release its first original animated feature film, Sergio Pablo’s Klaus, during the holiday season this year. In addition, this past November Netflix added the adaptation of the upcoming middle-grade novel Escape from Hat to its pipeline.