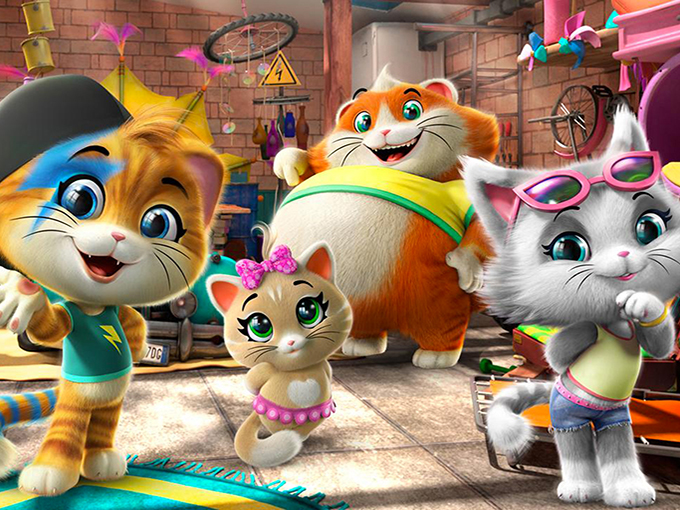 Nickelodeon US sinks its claws into 44 Cats

Rainbow's CG-animated preschool series will air on the kidsnet in June, after previously being scooped up Nickelodeon International.

Nickelodeon US has picked up broadcast rights to Italian prodco Rainbow’s CG-animated series 44 Cats. Launching June 10, the 52 x 13-minute series revolves around a group of four kittens in a band that find solutions to everyday problems.

Developed in collaboration with Antoniano Bologna and Rai Kids (Rai Ragazzi), the animated series is aimed at three-to-six year olds. 44 Cats is also the first project Rainbow created with Canadian animation service company Bardel, which it acquired in 2015.

The US launch follows Nickelodeon International picking up the animated show in May 2018 for all international territories (excluding LatAm, and at the time, the US).

The property has also expanded into consumer products, as Rainbow inked a deal with Discovery Kids, making it the exclusive licensing and merchandising partner (excluding master toy) in LatAm. Hong Kong-based Toys Plus is also launching a range of toys, including figurines, playsets and musical offerings globally this fall.