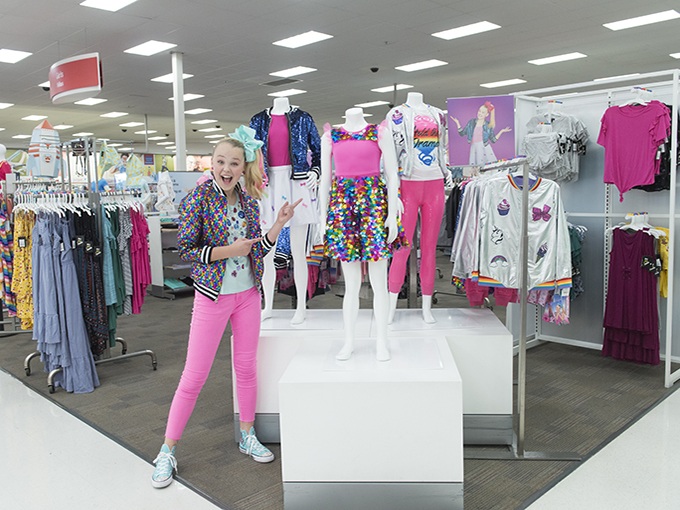 Nickelodeon’s race against the CP clock

The kidsnet is focusing on categories with short timelines to capitalize on YouTuber JoJo Siwa's small window as a core teen.

From Mickey to SpongeBob, the kids consumer products space has long been driven by animated content. But times change, and kids are relating to live-action IPs like never before. Let’s take a look at three examples of industry players navigating this trend. First, a bold adaptation of one of the most popular gaming properties of all time. Second, several live-action films based on animated properties from the world’s biggest IP owner. And lastly, an exploration of influencer culture from a broadcasting and licensing heavyweight.   Taken together, the three approaches give us a glimpse into a whole new dimension in the licensing world.

Today is the final part of our three-part series on how the kids entertainment industry is turning to live-action to take advantage of new licensing opportunities.

For Nickelodeon and its push around teen influencer JoJo Siwa, the object wasn’t to extend an already iconic property from animation to live action, but to build an entire program around a real person.

When the Nick team first approached the YouTuber, JoJo was a 14-year-old dancer with a bubbly personality, a hefty social media following (currently 9.6 million YouTube subscribers), an anti-bullying message and a penchant for candy.

David Chustz, SVP of global creative for Viacom Nickelodeon consumer products, says the first objective was to decide what categories to consider. “As a dancer, we could see how leisure-type apparel would work,” he says. “Her love of sweets also informed our color palette.”

Starting with softlines also helped to quickly get products onto shelves, meeting initial demand and capitalizing on JoJo’s relatively small window as a core teen.

“You have the ability to move faster with lifestyle categories,” Wasmer says. “With apparel, retailers turn stock over every four to six weeks. For toys, it’s twice a year.”

Also propelling the program’s success is JoJo’s Closet, a rapid-rollout program with Target and apparel licensor Mad Engine that started in fall 2018. Its items live on dedicated shelf space and rotating endcaps.

Outfits in this line tend to have a premium price point compared to the rest of the program. For example, a flip sequin rainbow bomber jacket retails for about US$36, more than a simple T-shirt or accessory. However, they also carry the cachet of being aligned with JoJo in real time since they’re tied to clothing she wore at recent events (like the Nickelodeon Teen Choice Awards).

While there is still a delay between when JoJo debuts an outfit and when it’s available for purchase, Wasmer’s team is working to shorten the timelines. “We are trying to program looks that we know she will wear in the future so the timing can sync up better,” she says.

Of course, banking on the long-term viability of a program built around a teenager is inherently risky. After all, people age and change, and more than a few young stars have faltered.

To mitigate at least part of this risk, Nick created a series of five-minute animated shorts featuring JoJo and her dog called The JoJo & BowBow Show Show (six x five minutes), which is also getting the full CP treatment. Chustz’s creative team is designing toys and figures that feature a likeness from the animated shorts.

As online personalities exert more power, Wasmer predicts that Nick’s approach to the IP, with its time-sensitive exclusives and stylized adaptations, will likely inform future offerings.”With the influencer space popping right now at retail, there is a lot of interest in these types of programs,” she says. “It really is opening the eyes of the market.”