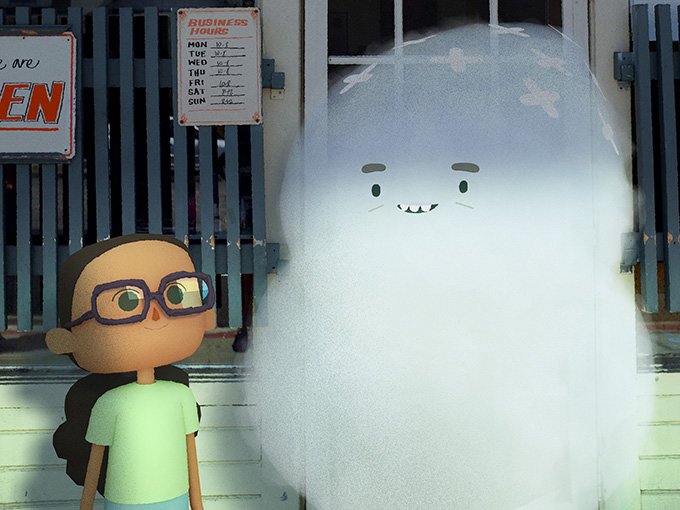 The streamer has greenlit a new multi-cam comedy co-created by Mario Lopez, and a hybrid series from first-time showrunner Elizabeth Ito.

The former is a 16-episode family comedy series co-created by TV personality Mario Lopez and writer/producer Seth Kurland (Melissa & Joey, Friends). It tells the story of a teenage robotics engineer and rocket scientist who moves across the country to live with her uncle (Telenovela‘s Jencarlos Canela) after accepting a job with NASA. Newcomer Paulina Chavez is featured in the title role.

City of Ghosts, meanwhile, blends live-action documentary-style footage with animation in a story about a group of kids that learn about their city by communicating with its neighborhood ghosts. The series is created and executive produced by first-time showrunner Elizabeth Ito, who was previously a writer and director on Adventure Time and creator of the Cartoon Network short Welcome to My Life.

Ito drew inspiration from her life growing up as a fourth-generation Japanese American living in a number of multicultural communities across Los Angeles. No launch dates for either of the series have been announced.

In related Netflix news, the platform has greenlit the Japanese 2D-animated series Dino Girl Gauko (in English, Dad’s Little Secret). Created by Akira Shigino (Crayon Shin-chan, Line Town) the kids comedy, which is set in Japan, is about a typical teen who becomes a fire-breathing dinosaur named Gauko when she’s angry. The first 10 x seven and a half-minute season will launch on Netflix in late 2019. Produced by Ascension Co., August Media Holdings and Syngergy88 Entertainment, an episode of the series will screen in competition at Annecy in June. Targeting kids ages six to 11, the show is written by Kimiko Ueno (Crayon Shin-chan, Pingu) and produced by Hitoshi Mogi (Summer Days with Coo, Colorful).

Additionally, the SVOD has picked up the first 30 episodes from the first season of Italian producer/distributor Mondo TV’s live-action series Heidi Bienvenida (120 x 45 minutes). The episodes launched this month as part of an agreement between the companies, which gave Netflix SVOD rights to stream the first season in North America, Spain, LatAm, UK, Ireland and Italy. Episodes 31 to 60 will launch on Netflix later this year. The show is a teen-skewing dramedy about a girl who lives in the mountains with her grandfather, best friend and animals. It was snapped up by Disney Channel Spain in January.