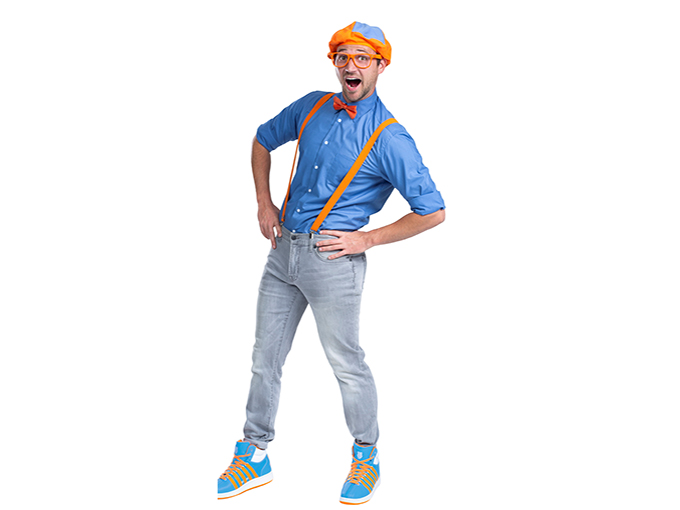 The YouTube property has also tapped Printers Row as publishing partner, with a first wave of products set to hit shelves this year.

Additionally, San Diego-based Printers Row Publishing Group was tapped as publishing partner for the brand. The company, under its Studio Fun imprint, will release activity, coloring, picture, story and interactive board books with products hitting shelves this fall and in summer 2020. All of the products will launch worldwide, excluding Asia.

With content targeting kids ages two to seven, the YouTuber also has an educational series on Amazon Prime Video titled Blippi. In 2016 the Canadian media company A Parent Media acquired the global content rights for the series, in order to broadcast it on its kid-focused SVOD Kidoodle.TV.

Blippi’s partnership with Jazwares comes as the toyco makes moves to grow its global presence. In February the company continued its efforts to expand throughout Europe by signing a deal with Spanish/Portuguese distributor Iberia to secure placement at retail, including in-store branding. Last year, Finland’s Rovio Entertainment tapped Jazwares as the global master toy partner to support the theatrical release of The Angry Birds Movie 2.