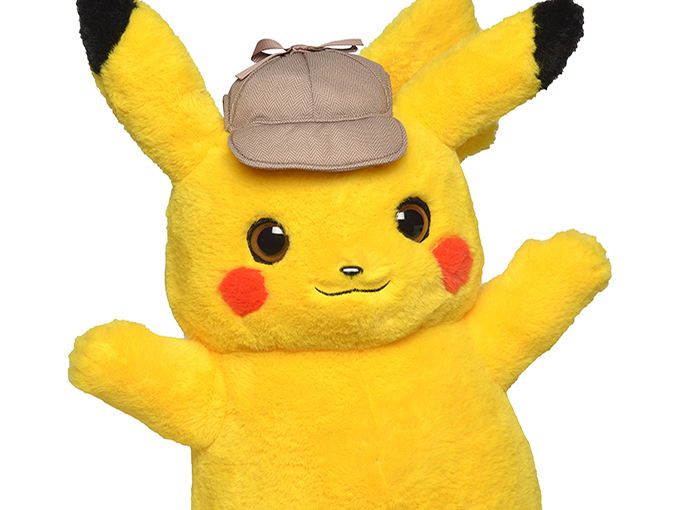 Pokémon takes a leap of faith into live-action CP

From Mickey to SpongeBob, the kids consumer products space has long been driven by animated content. But times change, and kids are relating to live-action IPs like never before. Let’s take a look at three examples of industry players navigating this trend. First, a bold adaptation of one of the most popular gaming properties of all time. Second, several live-action films based on animated properties from the world’s biggest IP owner. And lastly, an exploration of influencer culture from a broadcasting and licensing heavyweight. Taken together, the three approaches give us a glimpse into a whole new dimension in the licensing world.

Tune in tomorrow for part two of our three-part series on how the kids entertainment industry is turning to live-action to take advantage of new licensing opportunities.

It’s fair to say that over the last 20 years, Pokémon has adapted to the ever-changing licensing and merchandising world like a Squirtle to water. With estimated revenues of US$60 billion since launching in 1996 as a playing card game, the brand resurfaced in 2016 with mobile game Pokémon Go. And two years on, the AR app is still going strong—according to reports, the game’s revenue grew 37% last year. Nielsen data tracking company Superdata reports that Pokémon Go still averages in the neighborhood of 147 million paying users per month, making the game almost as popular as it was during its peak in 2016.

This digital success has widened the demographic of the brand; it now appeals to everyone from core kids right up to millennials who grew up with the IP.

To leverage this heat, The Pokémon Company took perhaps its biggest leap of faith with the brand’s first big-screen, live-action adaptation, Pokémon Detective Pikachu. The film was released on May 10, with Hollywood A-lister Ryan Reynolds voicing the franchise’s most iconic character.

While some big-screen versions of well-known IPs mine familiar territory with origin stories, LA studio Legendary Pictures took a left turn and re-imagined the Pokémon universe in a stylish whodunnit noir style.

“They were very brave to do something so different with their IP,” says Jeremy Padawer, co-president and partner of Wicked Cool Toys, the LA-based company charged with bringing Pokémon’s live-action iteration to toy aisles.

But radically altering a beloved IP is a tricky business. After the release of the first trailer late last year, some fans were upset by the new version.

“Something looks off…about the iconic monsters,” wrote Patricia Hernandez in her article, “The Internet’s Horrified with Detective Pikachu.” The reaction wasn’t reserved just for the new realistic look—many fans were also miffed that their beloved Pikachu actually speaks in the movie.

“There are deviations from both the traditional look and the gaming look,” says Padawer. “We had to ask ourselves, ‘What would Pokémon look like in real life?’”

“The categories are still primarily the same as our non-movie program,” he says. “But with the movie line, we really dug in on roleplay.”

For example, Wicked Cool designed a Detective Pikachu hat with ears (US$14.99), opening up a category that has previously only been a peripheral part of Pokémon’s toy program.

Due to the film’s quick production, there was a relatively short window for Wicked Cool to redesign and strategize new lines of plush and mini-figures to be ready for retail six weeks before the film’s release. In that nine-month time frame, Wicked Cool produced four different versions of the Pikachu feature plush, two- and three-inch scale figures, and the aforementioned roleplay product.

There were no issues carving out shelf space for the new lines, Padawer says. “The property is so hot right now, and retailers know that more than anyone,” he says. “We believe there will be a very long tail for the program. If you look at something like Frozen or Cars, those movies resonated for years. Detective Pikachu has that type of potential.”