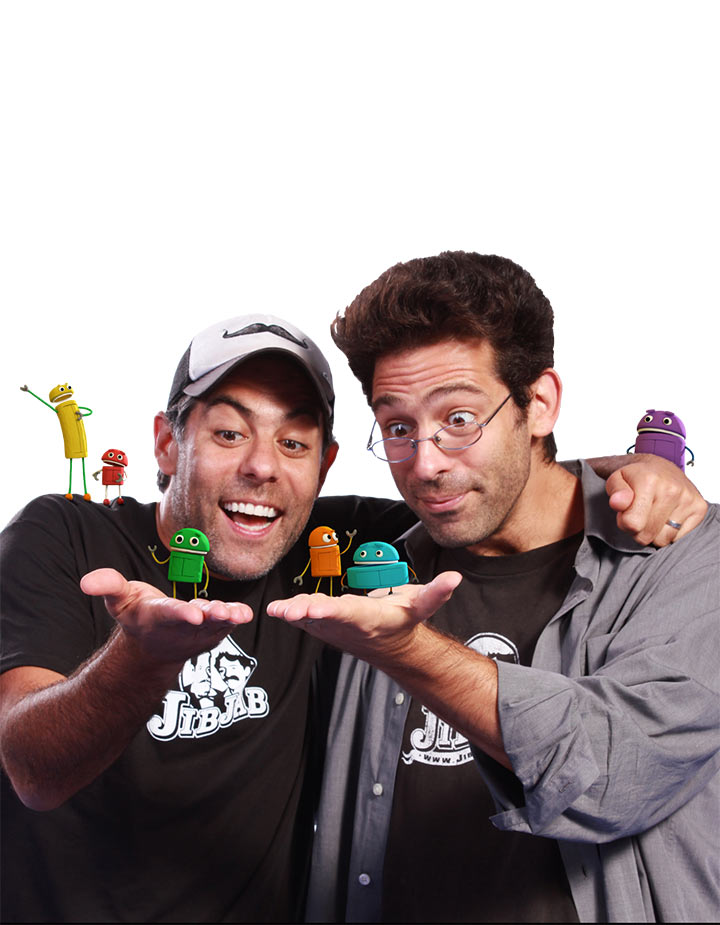 How creators Gregg and Evan Spiridellis inked an overall deal with Netflix that made StoryBots the SVOD's first wholly owned kids IP, and what advice they have for anyone looking to follow in their footsteps.

Netflix has managed to stack its content offerings with kids originals like the Emmy Award-winning Hilda or the Guillermo del Toro-led Trollhunters series and Tales of Arcadia universe, but the streamer doesn’t actually own the IP for any of these offerings. In fact, until recently, the only IP that Netflix really, fully owned was Mark Millar’s comic book brand, which it’s now cranking out both publishing and streaming content for. But that all changed a few weeks ago when the SVOD acquired its first-ever kids brand, StoryBots. And, with that acquisition, Netflix managed to pick up co-creators and brothers Gregg (pictured, left) and Evan Spiridellis (pictured, right) in its latest overall deal.

Netflix now owns the entire education preschool property, including a library of more than 150 shorts, character trademarks, intellectual property and what the Spiridellis are calling the crown jewel of the catalogue—the animated/live-action hybrid series Ask the StoryBots. But  the real gems the SVOD managed to pick up in the deal were Gregg and Evan, who will now exclusively create content for Netflix.

“As we were looking at the road ahead, being able to tie into Netflix’s global distribution of 190 countries and the 25 languages that they’re dubbing our content into, there’s opportunity to make StoryBots a staple in children’s entertainment and education globally that we could never achieve as an independent studio,” says Gregg.

Previously owned by the Spiridellis’ JibJab Studios, Ask the StoryBots was licensed to Netflix in 2016 as a Netflix Original. The show takes on questions like “why is the sky blue?” and “how does night happen?” Season three is set to premiere in the fall and will feature guest stars like John Legend and Jennifer Garner.

On the brand side, JibJab previously partnered with Random House Children’s Books on five StoryBots books, and with Razor & Tie to release and promote music for the property. While there are no CP plans decided on yet, Evan mentioned Netflix’s global head of consumer products Christie Fleischer as someone leading the brand in that area. Both say that the brand would naturally extend into many areas and are looking forward to making purposeful plans at a later date.

And there are other partnerships to consider, including broadcasters that previously licensed the shorts and DHX Media’s digital kidsnet WildBrain, which signed on to manage and grow the brand on YouTube. When asked if any of that would change due to the Netflix deal, Gregg says that all of that is out of their hands and up to the streamer. However, he credits YouTube with building initial value for StoryBots. “The short video library really supports the brand awareness and getting the characters out in front of as many people as possible,” he says. The channel now has more than 600,000 subscribers and 600 million views.

Reporting to director of content acquisition for kids at Netflix, Dominique Bazay, the Spiridellis are going to be based out of the LA animation hub. In that office, they will be joined by a host of other talented kids creators who have recently signed overall deals with Netflix, including Doc McStuffins and Vampirina writer/producer Chris Nee, who joined in December followed by Coco and Toy Story 3 producer Darla Anderson in February.

“One of the things that we’re really excited about is being connected to the [LA animation] hub with all of the overall deals that they’ve done recently and the talent that they’re bringing into the fold over there,” says Gregg. “We’re excited to have more direct interactions with that stable of talent, it’s pretty amazing who they’ve brought in.”

The deal just took effect last week so they’ve only been working for Netflix for a few days and haven’t moved fully into the office yet. But when they do it will be an adjustment, since the brothers have been working for themselves since the ’90s. In 1999, they founded JibJab Studios and led the company independently until January when it sold to Silicon Valley-based investment group Catapult Partners.

Even though they’re used to calling the shots and making all of their own decisions, they’ve been working with Netflix for a while and the transition, so far, has been very business-as-usual.

“It was a natural progression, we self-financed the entire development of the first season. Over time, unlike traditional deals, we maintained ownership of the brand and the characters,” says Gregg. “When we started re-engaging around next steps for the brand and for production, we all decided it would make a lot of sense if we teamed up and focused on making the property overall exclusive to Netflix.”

But for people looking to follow in their footsteps, Evan has a few words of wisdom: produce content that you fully believe in both as a creator and as a parent; make something that you would laugh at yourself along with kids; and focus on what you’re deeply passionate about.

Within the overall talent deal—although it’s fairly open-ended and would allow them to develop new projects—Gregg and Evan plan on continuing their previous roles where Gregg is the lead writer heading up story aspects, while Evan leads design and animation. Both will help each other in their respective roles, and plan to stick with their current teams.

They fell into these roles pretty naturally. Before starting JibJab, Gregg was in investment banking for Goldman Sachs and Bear Stearns & Co., and then headed back to school to get his MBA from The Wharton School of Business in Pennsylvania. Evan, meanwhile, was off doing independent animation that premiered (and won awards) at festivals. The third co-founder of their business was, actually, the internet. The fact that you could make and distribute your own content was fascinating to Gregg, and if you created quality work in the early days of the internet, it would spread.

That fundamental truth is what led to them founding JibJab. Then, when they both had kids, the brothers turned their attention to creating preschool programming and the StoryBots brand was born in 2012. All the while, they have managed to pull off what some would consider an impossible feat: working with your family member. As difficult as it may be for some to believe, Gregg says it’s been their strength and not a weakness.

“You can count on one hand the number of spats we’ve had in twenty years, and if any lasted 20 minutes it would be surprising,” he says.

Even after all of this time working together, they’re not sick of each other. They’re also not sick of working on the same brand and creating new StoryBots content even though it’s seven years old, something Evan credits with just creating a really good foundation for an idea. Their advice for others looking to do the same is to “from the outset, create something that has the potential for a lot of breadth both story-wise as well as visually,” says Gregg. “That was our approach to it.”

Now they are looking to take things even further and are heading into a deep development phase to create more StoryBots. The plan is to set up several pipelines for programming for years to come. The future, they’re hoping, will hold traditional spin-off series, miniseries, films and all sorts of new programming. And with Netflix backing them, an SVOD known for experimenting with different styles, there are a lot of possibilities.