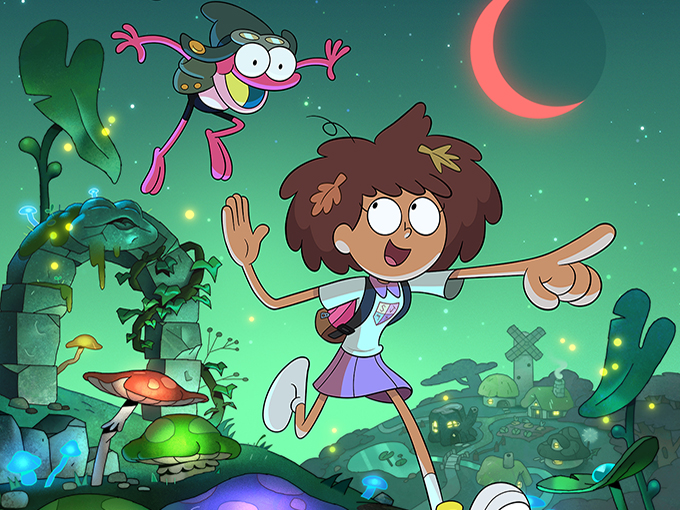 Led by Annie Award-winning Gravity Falls alum Matt Braly, the kidcaster has ordered a second season of the animated series ahead of its premiere next month.

Disney Channel has ordered a second season of Disney Television Animation’s series Amphibia, ahead of its season one premiere on June 17.

Debuting on Disney Channel and the DisneyNOW app, the 20 x 11-minute comedy-adventure sees a teenage girl magically transported to a rural marshland full of frog people. Episodes, aimed at kids ages six to 11, will air daily throughout the summer. A series of shorts titled Teen Girl in a Frog World will also start rolling out on Disney Channel’s YouTube channel in August. Amphibia is produced by Disney Television Animation and created and executive produced by Annie Award-winner Matt Braly (Gravity Falls).

The entire show is hand-animated on paper, Braly told Kidscreen, which he did as a throwback to Disney’s 2D legacy.

Coinciding with the launch, DisneyNOW will release the immersive roleplaying game Amphibia: Locust Pocus. In it, players go on quests to help the characters fix damage caused by locusts.

Disney Channel greenlit the first season of Amphibia in 2018, at the same time ordering several other girl-powered IPs, including the horror-comedy series The Owl House, The Rocketeer and a fourth season of its popular series Star vs. The Forces of Evil.