Why high-tech kids toys are struggling

Kidtech expert Robin Raskin gets into why products with more functionality are floundering, and how to make one really take off with this generation.

If you think the past year was a tough one for the toy business, it was even harder for those in the high-tech toy biz. The signs are everywhere, and for the past two years the number of toys that include technology (like chips or sensors) has been dropping precipitously off of the major best-selling toy lists like Amazon’s, Walmart’s or Target’s.

Anki, the popular smartphone-enabled toymaker behind the much-acclaimed Cozmo robot (pictured), shuttered its doors last week (after selling more than one million toys), citing a significant financial deal that fell through at a late stage. Kid-sized drones, hugely popular a few years ago, have lost some luster as parents worry about the safety of their kids, damaged drones, and regulations for the flying toys (the US Federal Aviation Administration, for example, requires drones be flown at or below 400 feet). Amazon’s touted Alexa Kids Edition, meanwhile, is the latest to come into question for COPPA violations around not securing proper parental permissions.

Has the sheen worn off the tech toy world? Not necessarily, but the landscape is changing and smart toymakers will recognize that and react.

First, parents have a growing uneasiness about the amount of time kids spend in front of screens. And a screen has, all too often, been the centerpiece of tech play. Tech toys are also pricey—both to manufacture and to purchase. The average robot building kit costs more than US$150 and the play value is often limited. Anecdotally, I hear from parents that these expensive tech toys often have a fleeting moment of fascination before sitting unused in cupboards.

Second, parents are, rightly so, worried about the short-term appeal of tech toys. They know they won’t be able to pass them along to siblings because of the fast-changing tech landscape, which means keeping up with trends like augmented and virtual reality, drones and robots is far too difficult and unlikely to pay off.

Thirdly, all things Silicon Valley have soured a bit. Between fake news, hacked accounts and privacy issues, parents that might have been excited about internet-connected toys for their kids a year or two ago, find them—for the moment—pretty terrifying. Now parents are becoming thoughtful consumers that are searching for authentic and long-lasting experiences in kids’ toys, which means industry players need to adjust not only to the changing trends in the tech space, but also the changing fears of parents.

Perhaps even more pressing, the high-tech toy biz needs to adjust to the new ways kids interact with the digital world:

Bright Spots in the Sky

Tech isn’t going away, but the next generation’s fluidity with the digital world will change how tech is presented. One of the easiest trends to spot is the need to make tech less expensive, and to make sure that tech is not the sole reason you’re buying the toy. Mixed-play experiences that combine physical and digital, like the Nintendo Labo, are climbing the charts. (Nintendo reported in January that more than a million Labo kits were sold since its debut in April 2018.) The Labo is a lower-priced maker-kit that lets you build toys out of cardboard and then use inexpensive sensors and mechanisms to bring it to life. Using the Nintendo Switch and Controllers you can turn your creation into a stereoscopic VR viewer, adding extra virtual play to the physical experience.

Other companies are also using “low-tech” to extend, but not change, basic play. WowWee’s Fingerlings and others’ low-cost collectibles extend the brand and its play with AR experiences provided by a mobile phone.

Watching has been, and always will be, big in the kids marketplace. Whether it’s Ryan Toys Reviews or TikTok, a short-form dose of content seems to work well for a generation of cord-cutters who want to be a part of the content they’re consuming. Toymakers should utilize YouTube and authentic voices to further engage kids with play content.

The STEM marketplace is overcrowded and overhyped, but parents are willing to spend money on technology that they see as paving a road to their child’s future success. Like Bloxels, the video game creation platform that uses physical blocks to create games that are later digitized by an app, STEM products don’t need to be overly teched-out games. Minecraft, for example, has built an enduring franchise. Or, like LEGO’s new Spike Prime set (a learning tool for students that focuses on coding), schools can be the go-to-market strategy.

I’m also betting on two new trends this year. Subscriptions, like unboxing before them, will offer marketers a chance for repeat customers. Like the adult world of subscription clothing, food and consumables, toys will follow suit. Expensive tech will not go away, but it may be seen more in public places like malls and themed play parks. Immersive theme parks and experiential shopping destinations will offer families exposure to high-tech offerings without having to make a costly investment.

Smart toy companies will ultimately learn how to make tech toys that are reasonably priced and shine the spotlight on the play, not just tech for tech’s sake. Last year, in a conversation at CES, I interviewed Sven Gerjets, chief technology officer at Mattel and he said, “Parents are making bets on toys. Rather than making a bet on a US$500 toy, they’re going to make smaller bets. Tech has to be a lighter touch experience.”

Robin Raskin the founder of Living in Digital Times, a conferences and events company that looks at tech trends in the context of daily life. 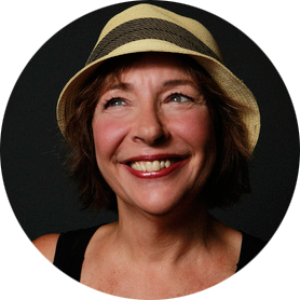