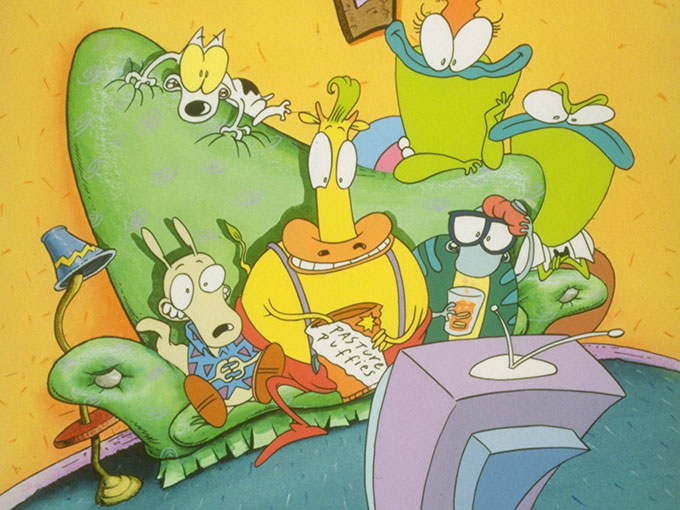 Rocko’s Modern Life: Static Cling and Invader Zim head to the SVOD, while season three of DreamWorks' superhero show will bow in August.

Netflix has picked up two of Nickelodeon’s feature-length reboot films and a third season of DreamWorks’ She-Ra.

Nickelodeon and Nickelodeon Studios closed another animation deal with the SVOD for two feature-length versions of its IP, according to Viacom’s CEO Bob Bakish during the company’s Q2 2019 earnings call. The properties in question are Invader Zim and Rocko’s Modern Life (pictured), which both previously had TV movies in the works that have yet to premiere.

The kidcaster announced in 2016 that it was reviving ’90s TV series Rocko’s Modern Life with a one-hour TV special, executive produced by the show’s original creator Joe Murray. Rocko’s Modern Life: Static Cling was originally set to premiere on Nickelodeon in 2018, reuniting the original voice vast for a story about a wallaby and his friends coming back to Earth after being lost in outer space since 1996.

Invader Zim was announced in 2017 as a rebooted 90-minute movie, based on the original series which debuted on Nickelodeon in 2001. It comes from the show’s creator Jhonen Vasquez and will feature some of the original voice cast as well, as Zim plans to destroy Earth to get attention from his Irken leaders.

The Netflix deal follows Viacom rolling out a new studio model last year, with a focus on producing and licensing new content to third-party digital or linear platforms. At the same time it started work on original animated comedy Pinky Malinky for Netflix. Then, earlier this year the two signed a deal for Nick to produce a pair of original animated feature films for Netflix based on Rise of the Teenage Mutant Ninja Turtles and The Loud House.

DreamWorks, meanwhile, is producing a third season of its Netflix original series She-Ra and the Princesses of Power, set to premiere on August 2. Geena Davis will guest star in the latest episodes, voicing a character named Huntara. The second season bowed late last month, and is inspired by the classic ’80s toon telling the story of Adora who leaves her former life in an evil horde when she discovers a magic sword.