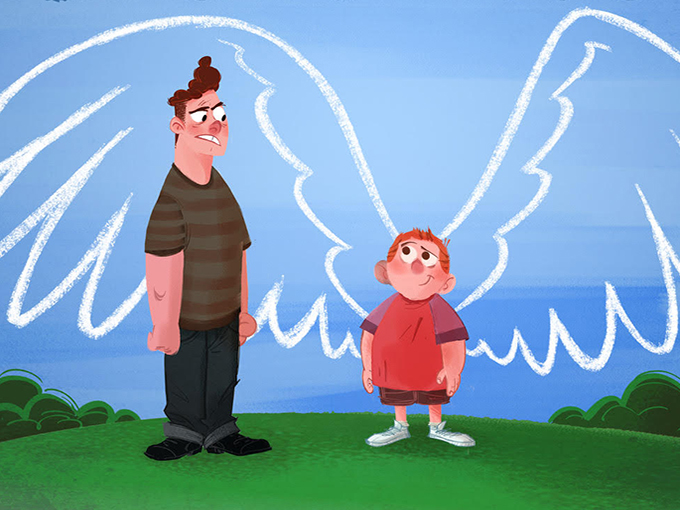 Why Duncan is moving from service to original IPs

The studio that built a name for itself animating films like The Nut Job and Mary Poppins Returns is betting on original content with a new slate of projects.

After 12 years as a service studio working with companies like Disney, Illumination and DreamWorks, Pasadena-based prodco Duncan Studio has seen first-hand just how profitable animated content can be. Having built up its experience and skills working in a variety of different animation styles, the studio is well positioned to start creating its own original content. Now, encouraged by the amount of animated content SVODs have been acquiring, Duncan is developing its own kids and family IPs.

The prodco has been in business since 2007 and in that time has animated kids films such as Gulfstream Pictures, Redrover International and ToonBox Entertainment’s The Nut Job, its sequel The Nut Job 2: Nutty by Nature, and Focus Feature’s 9, which collectively grossed US$233 million at the global box office, according to Box Office Mojo.

Being able to handle everything from CGI and hand-drawn animations (such as the work it did for the remastered version of Warner Bros.’ The Iron Giant, the 2D-animation in DreamWorks Animation’s made-for-TV special Kung Fu Panda: Secrets of the Masters, and the 2D-animated sequence in Mary Poppins Returns) has set the studio apart from competitors, says the company’s president and CEO Ken Duncan.

The dream to produce original content has been with Duncan since he founded the company. But the financial meltdown of 2008 forced the studio to put these plans aside and focus on doing work-for-hire, he says.

“It became just about surviving at that point,” says Duncan. “But now, because we stand out thanks to our ability to do both 2D and 3D animation, and with Netflix and Amazon acquiring so much animated content, I feel like it’s the right time to open up that dream again and move forward.”

On Duncan’s kids and family content slate is TV-special Big Wings (pictured). For kids and families this comedy is about a bully who clashes with his super-nerdy guardian angel. The studio is exploring several formats for the special, such as 2D animation or live action (though, if the latter, Duncan says it would need to partner with another prodco). For preschoolers, Duncan Studio has Travel Tone, a 2D-animated series that will take viewers around the world to explore different parts of the planet, in a colorful and graphic style. It’s also developing a feature film for kids and families called The Island of Time, a 2D- and CG-animated hybrid, which sees a young boy journey to a mythical island so he can buy more time with his aging grandfather.

These IPs are all created in-house, and are still in the early stages of development. The studio hasn’t finalized many of the details yet, including the length, styles or release dates and partners. It’s seeking financing, co-production and distribution partners to get started on production, though Duncan is optimistic. “We have access to all these great artists, and when we work with other studios I’m usually pretty tough so I’ll try to make sure they get the quality that we’re looking for,” he says.

That’s not to say the company will step back from its service work. The challenge will be to balance both the projects that pay the bills and the ones that grow the business, though Duncan says the two work hand-in-hand. “Our studio has experience on so many big projects, so we can give the audience something really visually rich.”