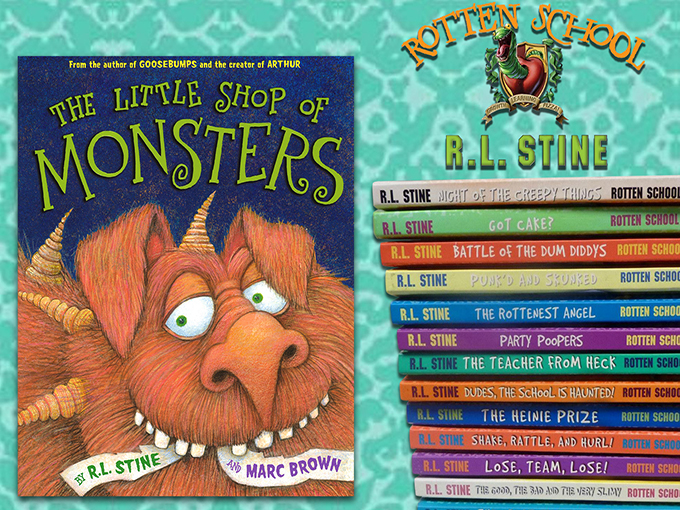 The Goosebumps creator's picture book, The Little Shop of Monsters, and titles from his Rotten School series will be developed into animated content.

Splash Entertainment will be bringing some of R.L. Stine’s popular books and series to screen in new animated TV series and movies. The LA studio inked a deal with producer/licensing agent Lookout Entertainment to adapt picture book The Little Shop of Monsters and comedy book series Rotten School.

While the format in which the books will be adapted hasn’t yet been revealed, the content will be geared at kids ages six to 12. Lookout executive producer Dan Bernard and the company’s president and CEO Yvonne Bernard will serve as EPs on the upcoming projects.

The Little Shop of Monsters, Stine’s first picture book, was published in 2015 by Little Brown Books for Young Readers. It follows the chilling adventures of a boy and a girl who discover a pet shop filled with scary creatures who get to choose their owners. The book features illustrations by Marc Brown, the author/illustrator of the bestselling Arthur book series and EP for the Arthur TV series.

Lookout has repped Stine since 1996. The spooky kids author has sold more than 400 million copies of his iconic Goosebumps book series. His other bestselling series include Fear Street, Mostly Ghostly and The Nightmare Room. The Goosebumps TV series has been a global success, with linear broadcasters and streamers including Netflix. The brand expanded further with a pair of feature film adaptations starring Jack Black as R. L. Stine that launched in 2015 and 2018.

Splash, meanwhile, has produced a raft of kids shows and movies, including Chloe’s Closet and Dive Olly Dive, as well the animated Norm of the North family feature films. It also owns the Kabillion kids streaming service.