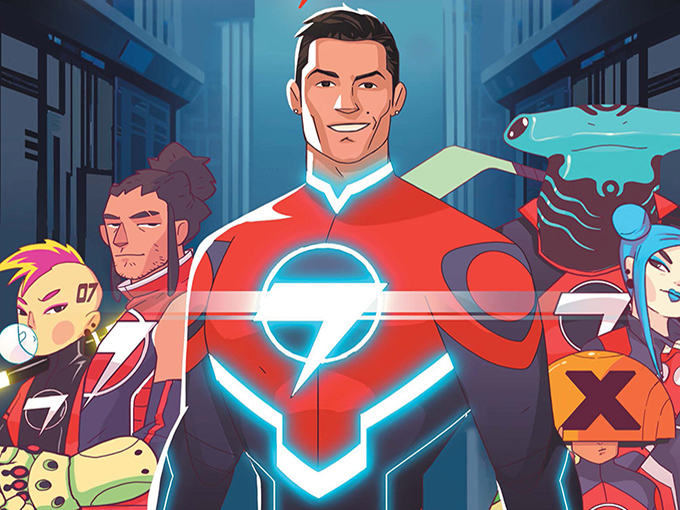 The new comic book series Striker Force 7 is based on an animated show currently in production.

Soccer star Cristiano Ronaldo and Graphic India CEO Sharad Devarajan signed a publishing deal for three graphic novels, set to be released later this year in Europe. Ahead of that, Ronaldo released a special-edition comic book based on his new series Striker Force 7.

The comic (pictured), which follows a fictionalized Cristiano as he teaches a group of superheroes how to work as a team, is based on an animated series currently in production. The story was created by Ronaldo and Devarajan, both of whom also serve as executive producers on the animated series.

Written by Merrill Hagan and illustrated by Jeevan J. Kang, the special-edition comic book was released as part of Free Comic Book Day on May 4.