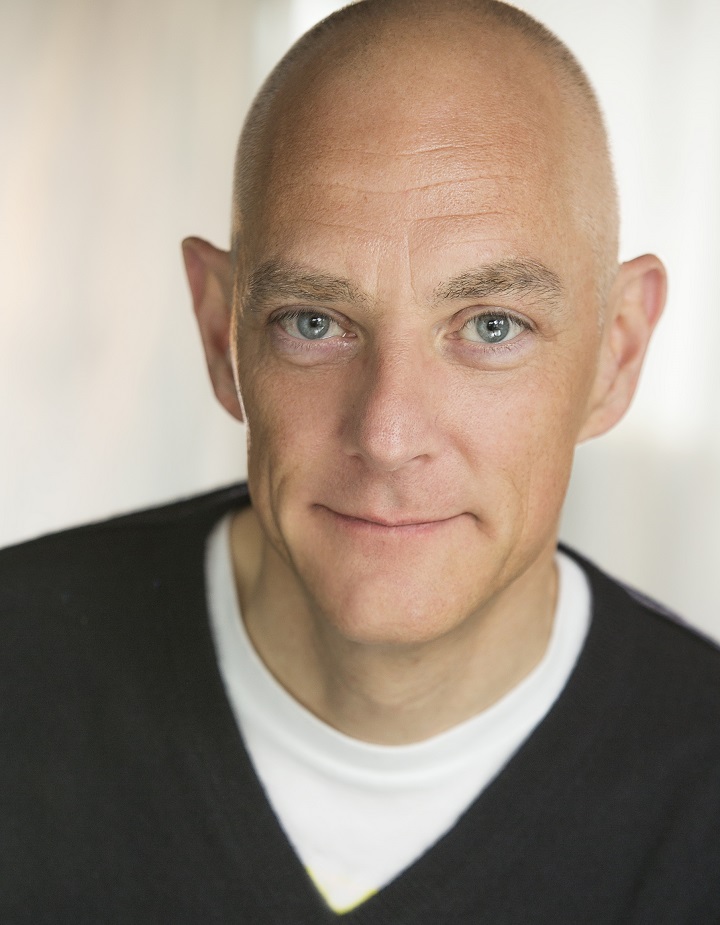 Andrew Davenport shoots for the moon

The man behind Teletubbies is gearing up for the US launch of his new series Moon and Me this month. Can he score another global pop-culture hit?

In 1997—long before the iPhone, when Netflix was just an online DVD rental business—TV audiences were introduced to a quartet of strange-looking creatures with screens on their bellies named Tinky Winky, Dipsy, Laa-Laa and Po. Co-created by London-based producer, writer, composer, puppeteer and actor Andrew Davenport and Ragdoll Productions’ founder Anne Wood, the BBC’s Teletubbies broke new ground for what a preschool show could be. It also became a global pop-culture phenomenon due to the unusual appearance of its characters, its surrealist aesthetic and a fair share of controversy.

Now, the man behind those strange creatures is introducing today’s crop of kids to another batch of odd characters in his newest show—Moon and Me.

While audiences get acquainted with his latest work, Davenport has shown he has some experience making hits. Teletubbies and its 365 episodes, all written by Davenport, ran until 2001. It was later revived in 2015, when Toronto’s DHX Media, which acquired Ragdoll in 2013, and original commissioning broadcaster CBeebies tapped UK prodco Darrall Macqueen to create 60 new episodes.

Ten years after the end of the Teletubbies‘ original run, Davenport returned with In the Night Garden. His second show for CBeebies was an even greater technological achievement because it integrated live-action, puppets and CGI animation on a large budget of US$19 million. All 100 episodes of its two seasons were written by Davenport, who also composed the title theme and incidental music. During its run, In the Night Garden was one of CBeebies’ highest-rated series in the channel’s bedtime slot.

Another decade later and Davenport is back again, this time with his third CBeebies project, Moon and Me, which premiered in the UK in January. The stop-motion/live-action series is about a magical toy named Pepi Nana who lives in a toy house with a family of toy friends. Each night, Pepi and the toys come to life when a magical new friend, Moon Baby, visits for tea. Co-produced by Davenport’s Foundling Bird and Bento Box kids division Sutikki, the 50 x 22-minute musical comedy will make its US debut on May 20 exclusively with NBCUniversal-owned children’s net Universal Kids.

For Davenport, the landscape of children’s television has changed immeasurably since the early days of Teletubbies, but he says key aspects of the way he makes preschool programs have remained the same.

“My job is to try to make something engaging and relevant to contemporary audiences—that hasn’t changed,” says Davenport. “I always pinpoint a particular age range within preschool because it’s often viewed as a single period. Then I learn as much as I can about the audience by focusing on how they play.”

In the development of Moon and Me, Davenport was interested in making a toy house story for contemporary times. To better understand how kids play with toy houses today, he set up an observational project with the University of Sheffield and built a toy house equipped with cameras and microphones. “It was almost like a little Big Brother house for toys,” says Davenport.

The researchers found that every child, no matter their age, played with the toy house in a similar fashion. Each kid walked a toy up and down the stairs of the house and between its levels. They all sat down for tea at various points and were fascinated by going in and out of the front door. “It immediately started to paint a picture of what would engage children in stories for Moon and Me,” says Davenport. “For example, when the kids took the toys outside for adventures, it gave me the idea of the characters being able to walk out of the house through a magical portal.”

After studying these play patterns, Davenport says he also wanted to lean into what he’s known for and create a show that stands apart visually. To do this, the producers built sets at scale that could accommodate puppets and cameras. One of the biggest challenges was combining the show’s only stop-motion character, Moon Baby, with the show’s live-action puppets.

Davenport, who was working with stop-motion for the first time, chose to incorporate that technique because the character is the show’s only alien character, and needed to move in a different way. All of Moon and Me‘s stop-motion work was done in the UK by Mackinnon and Saunders (Fantastic Mr. Fox), while the live-action sequences were filmed on a 7,000 square-foot set at Pinewood Studios in Atlanta. The production also features more than 500 hand-made, hand-painted objects in the show’s toy house alone.

Though Davenport won’t reveal Moon and Me‘s budget, he admits the show is expensive to make, which adds extra pressure to get it done right. But his main goal is to always please the viewers. “The biggest pressure is making a series engaging and relevant to the audience because everything flows from that,” he says.

Davenport tends to work with people he’s worked with before, but isn’t opposed to working with new people. “Finding new people who understand what we’re trying to do, who understand the audience and the great attention to detail that goes into everything we do is always exciting because it’s pretty exhaustive and for many people coming in, I don’t know if they’ve seen it done like this before,” he says.

As the man known as “the J. K. Rowling of the under-fives” wraps up production on the final episodes of Moon and Me, he says he can’t reveal any new preschool ideas he’s gestating, but wouldn’t be opposed to a live stage show.

“In the Night Garden had a live show in the UK that was a great success, so it depends what opportunities come along for Moon and Me,” he says. “We hope to be in a position where we can be a little bit adventurous with the audience and what we can do with the characters.”