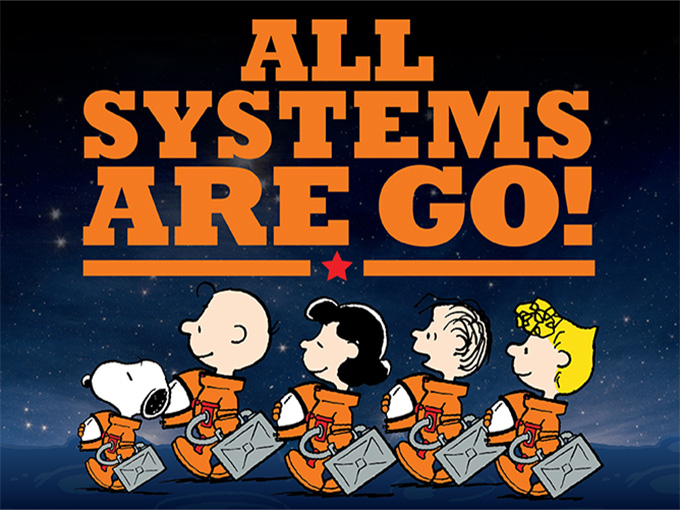 Produced by Imagine Documentaries, DHX Media and Tremolo Productions, Peanuts in Space: Secrets of Apollo 10 will launch on the techco's service in May.

Apple TV is launching a new, partially-scripted “documentary” entitled Peanuts in Space: Secrets of Apollo 10 in May. Produced by Imagine Documentaries, DHX and Tremolo Productions, a “documentary” crew will be trying to solve the mystery of whether or not Snoopy was a world-famous, top-secret astronaut.

The doc is based around true facts, including that Peanuts creator Charles Schulz was approached by NASA in the 1960s to incorporate his characters into NASA missions. This new content is part of the 50th anniversary celebration for NASA’s Apollo 10 mission (where astronauts went to the moon but didn’t land and get off the ship). During the mission, astronauts called the lunar module Snoopy and the command module Charlie Brown.

The film will star director Ron Howard as himself and actor Jeff Goldblum (Thor: Ragnarok, Jurassic Park) as a self-published NASA historian. It takes a lighthearted look at both the space agency and the beloved Peanuts characters.

Imagine’s Brain Grazer, Ron Howard, Justin Wilkes and Marc Gilbar are executive producing. It is written by Aaron Bergeron (My Next Guest, The Daily Show).

Peanuts in Space: Secrets of Apollo 10 is part of Apple TV efforts to ramp up new original content and will be available in May through the app for iPhone, iPad and Apple TV. The app currently includes 150 streaming apps and is available now. But there is no word on how Apple originals will be integrated or how it fill with the upcoming Apple TV+ SVOD. Currently available in 10 countries, the new service will expand to more than 100.