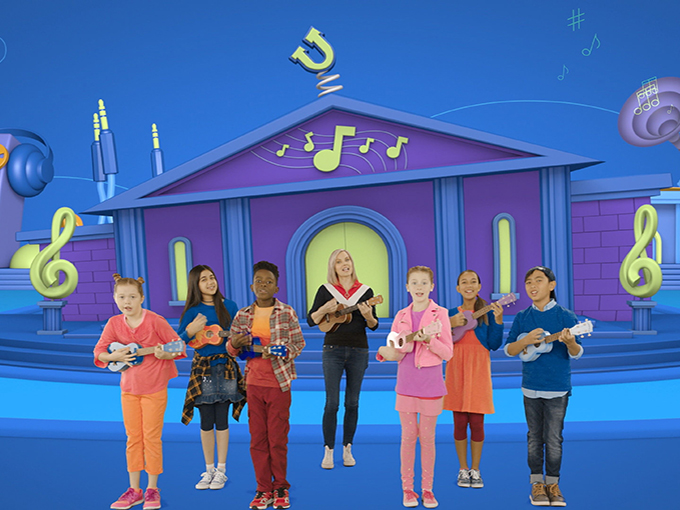 To create two "music-infused" kids programs, starting with Ukulele U, the Canadian prodco has joined forces with Bob Ezrin.

There are currently two projects in development under the partnership: Ukulele U (pictured) and an untitled series inspired by the music of legendary jazz guitarist Les Paul. Ukulele U, which is being developed in association with Canada’s CBC, will star musician Melanie Doane, along with a group of ukulele-playing kids who will perform “kidified” popular songs, along with famous guest stars.

Ezrin has worked with a number of well-known bands and performers, including Pink Floyd, KISS, Alice Cooper and Andrea Bocelli. Wow! Unlimited is led by Nelvana co-founder Michael Hirsh and Frederator founder Fred Seibert, and It formed after the merger of Rainmaker Entertainment, Frederator and Hirsch’s Ezrin Hirsch Entertainment prodco.

The new partnership comes when Wow! Unlimited is also set to debut an ad-supported specialty channel dedicated to kids programming this year, following its acquisition of Bell Media’s Comedy Gold channel in 2018.