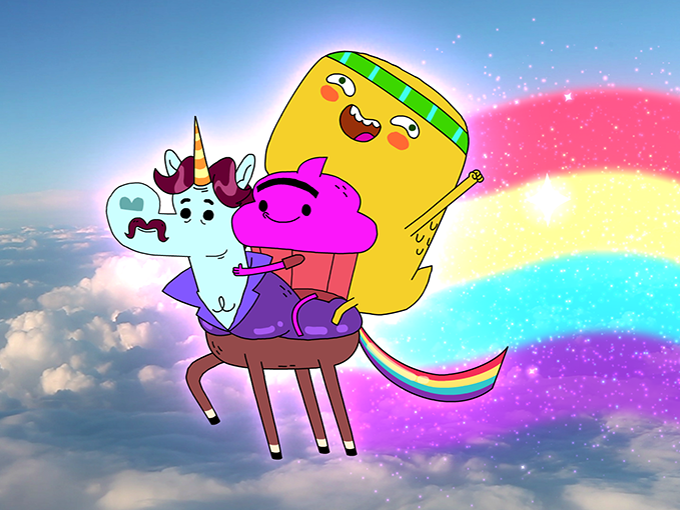 Netflix gets another helping of Cupcake & Dino

A second season of the animated comedy from eOne and Birdo Studios will launch globally on the streamer next month.

For kids six to 12, the new 26 x 11-minute season will premiere globally on the streamer on May 3. The first 26 episodes launched worldwide in July 2018, (excluding Canada and Brazil) as a Netflix Original series. Shortly thereafter, the first season premiered on DisneyXD in Brazil, trailed by Teletoon this past January. Cartoon Network LatAm rolled out the show this month. All other broadcasters, besides Netflix, will be sold both seasons at once in a 52 x 11-minute format.

Created by Brazilian animator and illustrator Pedro Eboli, the animated series is a co-pro between eOne and São Paulo-based Birdo Studios. In Cupcake & Dino, which is made in collaboration with Netflix, Teletoon and Disney, a tiny cupcake and his brother try to make a name for themselves in the general services industry.

The show joins eOne’s slate of popular kids properties, including Peppa Pig, PJ Masks and Ben & Holly’s Little Kingdom. In the prodco’s financial report for the first half of 2018, it reported that overall eOne’s Family & Brands business grew 29% to US$97.5 million, due to the continued popularity of Peppa Pig (up 18%) and PJ Masks (up 44%), as well as the impending delivery of Cupcake & Dino: General Services.