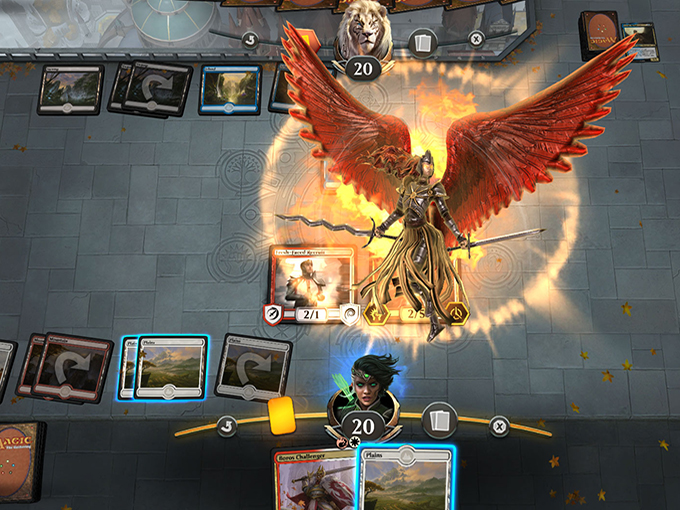 The toymaker's new Magic: The Gathering digital platform contributed to a 2% increase in net revenue in early 2019.

Following a difficult fiscal 2018 (including a double-digit decline in revenue), Hasbro seems to have found the magic ingredient with Magic: The Gathering Arena. The eSports program (based on the popular card game) contributed to significant growth in the toymaker’s entertainment, licensing and digital segment, which saw net revenue increase 24% to US$92 million in Q1 2019.

Hasbro’s emerging brands segment also saw significant growth in the first quarter, with net revenue increasing 22% to US$59.4 million. Collectibles and initial shipments of Power Rangers products in North America contributed to the growth. Hasbro acquired the billion-dollar Power Rangers franchise, along with several other Saban Brands entertainment properties, for approximately US$522 million in cash and stock, last year.

The toymaker’s franchise brands segment posted US$393.6 million in net revenue (up 9%), thanks in large part to its Magic: The Gathering, Monopoly, Play-Doh and Transformers brands. Magic: The Gathering and Monopoly are also included in Hasbro’s total gaming segment, which grew 20% to US$243.4 million in the first quarter.

Hasbro’s partner brands segment, meanwhile, saw net revenue fall 14% to US$172 million. According to the toymaker, this decline was due to the timing of new entertainment initiatives launching in 2019.

Net revenue in the US and Canada grew 1% to US$357.9 million, while international net revenue fell 2% to US$282.6 million. Latin America saw the biggest declines with revenue down 5% in the first quarter.