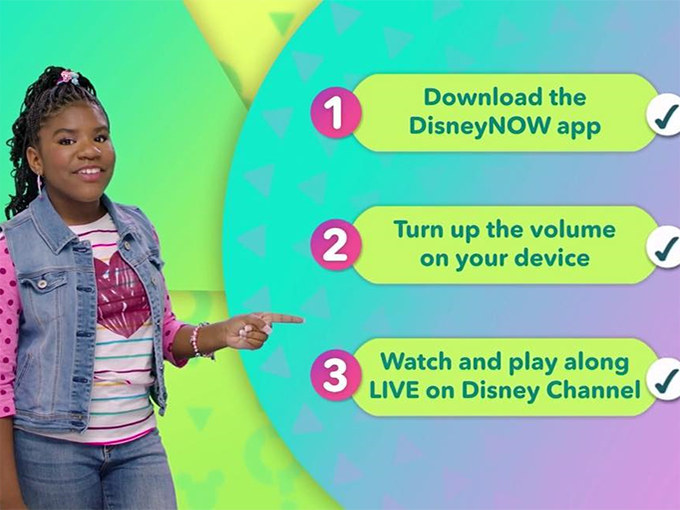 Set to air exclusively in the DisneyNOW app over 12 weeks, the live interactive game show tests kids' knowledge of all things House of Mouse.

Disney Channel is putting fans to the test with a third season of its live, interactive trivia series Disney QUIZney. Set to air exclusively on the DisneyNOW app beginning April 29, the 10-minute game show will put up new content every weekday for 12 weeks, and will be hosted by a Disney Channel star.

It was first picked up last summer, following in the footsteps of hugely successful trivia app HQ which averages 200,000 to 400,000 players per night.

Each live episode of QUIZney features Disney, Pixar and Disney Channel original movies and series trivia questions. The top-10 players who answer the most questions correctly win a US$100 cash prize each night. Produced by Digomind Productions, the gameplay is created and maintained by US-based interactive tech company iPowow for the DisneyNOW app in the US on iOS, Android and Kindle.

The series is part of Disney Channel’s recent experimentation with interactive digital content, including making its first-ever Instagram TV series Ruby Gems. Produced by Thumb Candy Media the vlog and behind-the-scenes format is designed to give kids a deeper look at the making of Disney Channel series Coop & Cami. The kidnset also launched games, polls and trivia on DisneyNow for its popular series Andi Mack as part of a programming initiative to get kids playing on the app while episodes air.