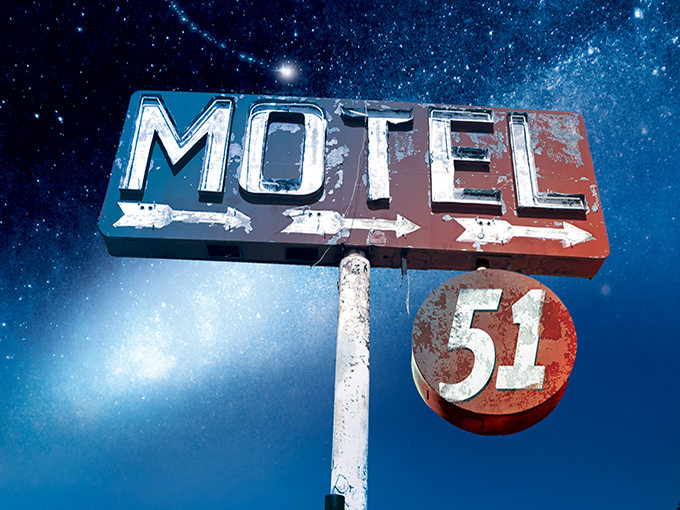 Why animation prodcos are trying out live action

9 Story, Nelvana and CAKE are moving beyond cartoons and joining the long-form live-action renaissance with new content and strategic partnerships.

As the proliferation of devices and platforms continues to shape kids’ viewing behavior, the long-form live-action renaissance shows no sign of slowing down. Buyer demand for binge-worthy scripted children’s programming is higher than ever. Netflix alone is expected to spend upwards of US$15 billion on content this year, according to Wall Street analysts, with a significant proportion undoubtedly heading to the kids and family space. In particular, demand for sophisticated, single-cam dramas for tweens, teens and the family co-viewing audience is leading many animation-focused companies to expand their remits with live-action content.

In January, Canada’s 9 Story Media Group—a company known for award-winning animated series like Daniel Tiger’s Neighborhood and Peg + Cat—launched its first live-action division, bringing in Emmy-nominated producer, writer and director Jeremy Slutskin (Blue’s Clues) to run it as VP of live-action development and production. Although 9 Story had previously dabbled in the genre with the 2010 TV film Harriet the Spy: Blog Wars and 2017 YouTube series Furze World Wonders, the new division marks a much greater commitment.

Recognizing the potential for dramas aimed at a co-viewing audience, one of 9 Story’s first new projects is Motel 51, a 13 x half-hour serialized sci-fi drama for ages nine and up. It is being developed and co-produced with Peacock Alley Entertainment, the Toronto-based production company behind all three seasons of Netflix series Travelers.

Written and created by Laura Kosterski (Big Top Academy), Motel 51 is executive produced by Canadian sci-fi showrunner Brad Wright, creator of the Stargate TV franchise. The series will chart the quest of the Williamson family to find its patriarch after he mysteriously disappears. Their journey will lead them to a strange motel with an otherworldly secret.

Slutskin, who’s based in New York, says 9 Story’s latest jump into live action is organic. Before the division and his appointment were officially announced, Slutskin was working on the upcoming Blue’s Clues & You in Toronto and previously worked on the original series as an assistant director. Other projects, like Motel 51, were also in development.

“Beyond the obvious reasons of meeting demand and the desire to grow, a lot of animation companies are getting into live action now because the genres aren’t that separate anymore,” says Slutskin. “Many of our properties, including Motel 51 and TombQuest, will have heavy quantities of both CG 3D and 2D animation, so it’s a natural outgrowth.”

While the lines between animation and live action are blurring artistically, Slutskin says the genres are still very different in terms of legal and human resources issues.

“Animation and live action are like racquetball and tennis. They look similar, but you can’t play one on the other’s court,” he says. “Animation tends to rely on permanent employees [for longer production schedules], whereas if you’re producing a show like Blue’s Clues, you’re leaning more on freelancers or people who work two or three days at a time.”

Slutskin adds that footage is also handled quite differently. “Animation is built like boxcars on a train: You build exactly the boxcars you need, and then hook them up,” he says. “Live action, meanwhile, is a data hog because you often shoot way more than you need and then have to do forensics work to find what you want. It’s a different type of thinking in post production.”

When asked how the division will tackle rising demand from streaming platforms and their faster speed-to-market requirements, Slutskin says 9 Story is paying attention, but needs to be as smart as it is fast.

“Nobody wants to rush to market with a mediocre product. Right now, we’re focused on the initial creative phase and much more on finding our Game of Thrones, if you will, than hurrying to get content to air,” he says.

As for 9 Story’s capacity to handle a growing number of expensive productions, Slutskin notes that a relatively small division can oversee a fairly large live-action slate with the work and financial support of strategic producing partners. Moving forward, 9 Story plans to focus heavily on Canadian co-productions and will look for opportunities in Toronto and Vancouver.

“A large chunk of our live-action content will likely go through Toronto because our headquarters are there,” he says. “But we’re not locked in Toronto. We could shoot in New York, Atlanta, LA or even New Orleans—we’re currently talking to a show creator there who’s writing about that area. We’ll go where good stories take us.” 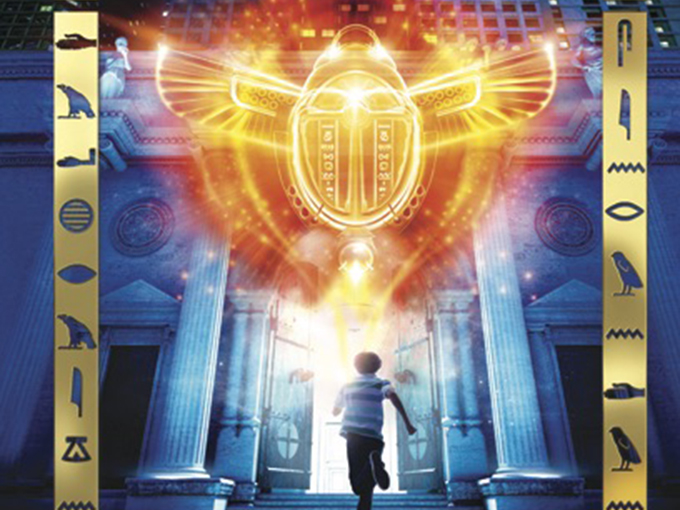 Corus Entertainment’s Nelvana (Esme & Roy) is also getting back into the live-action game. It’s not new territory for the company, which previously produced six seasons of CBC comedy Edison Twins in the ’80s, the one-and-done Nancy Drew and Hardy Boys series in the ’90s, and YTV teen sitcom Life With Boys in the 2010s, to name a few key projects. However, after season two of Life With Boys in 2013, Nelvana took a hiatus from producing live action in-house.

“We made a conscious effort in the past to step into the live-action realm because of [demand from] YTV. There were certainly some positive and negative learnings,” says Nelvana head of development Athena Georgaklis. “We realized that we knew how to produce animation really well, but I don’t think live action was our forte. We needed to come to terms with this realization, and if we were going to step into live action again, it would be with partners that know how to do it better than we did.

Enter Joan Lambur, former Breakthrough EP, who worked on live-action series for Nick (RIDE and Max & Shred), as well as the award-winning Anne of Green Gables TV movies. Now at Toronto’s Lambur Productions (Fairy Mom and Me), Nelvana enlisted her to strengthen its return to live action and help bring a key project to life. Lambur came aboard to shepherd the development of the Hardy Boys series, a new 26 x half-hour kids iteration of the classic books, which will be set in the ’80s, says Georgaklis.

Lambur Productions has also boarded a collection of movies of the week based on Jennifer Ziegler’s middle-grade book series,
Revenge, which Nelvana will make in collaboration with Scholastic Entertainment. The series includes titles such as Revenge of the Flower Girls, Revenge of the Angels and Revenge of the Happy Campers.

“Securing the rights to the Revenge books stemmed from our ability to get the new Hardy Boys version off the ground, which was our biggest focus last year,” says Georgaklis. “We then reached out to Joan about doing the MOWs together because we loved the books, she has great experience with live action, and YTV is potentially a perfect platform for the content. There is obviously a market for MOWs as our early discussions with buyers have confirmed, and live action allows us to respond quickly.”

The company’s new strategy, according to Georgaklis, will focus on picking up rights and developing concepts in-house before placing productions entirely in the hands of its partners.

“We are confident now that we understand the audience, the market and the storytelling in the space enough to trust our judgment and gut, and then work with the right people to execute. This is a model we hadn’t really contemplated before,” she adds.

In terms of costs, Georgaklis says producing live action has become a much bigger financial undertaking than it was five or six years ago because the bar on quality has been raised so high. Her estimate for the average cost of one MOW is in the US$2-million range, while Nelvana is eyeing between US$700,000 and US$800,000 per half hour for a series, at a minimum.

“We’re used to high budgets because animation is expensive, but gone are the days when you could put together a live-action series for a lot less than an animated series,” she says. “We want to compete with the best series out there. We want to sit next to a Disney or a Nick show and still be taken seriously.”

On the sales side, Nelvana isn’t favoring SVODs over linear with live action, despite high demand from streamers. “There are many linear buyers for live-action content, so that’s nothing to ignore. We may even see more interest for our MOWs because traditional networks have had a lot of success with the format in the past. What is important about live action is the speed at which you can deliver. In animation, you’re 18 months away from delivering anything that starts pre-production today, whereas in live action it’s a lot faster, which is a breath of fresh air,” says Georgaklis. 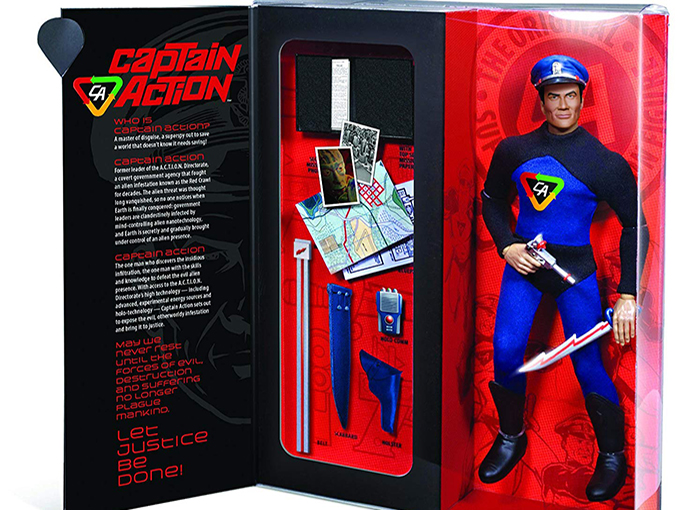 While 9 Story and Nelvana re-engage with live action, UK distributor CAKE is diving into the genre for the first time with Captain Action. The upcoming hybrid action-comedy for six- to 11-year-olds is inspired by the popular 1960s action figure brand of the same name.

Produced in partnership with LA’s Atomic Toybox Entertainment (Thunderbirds Are Go, Kiddets), which invested in the superhero brand from Captain Action Enterprises in 2017, the mixed-media series will integrate CG action figures with children in the real world.

The series unfolds when a boy discovers a Captain Action toy packed away, and reactivates the hero after nearly 50 years of dormancy.

“This particular approach is not something we’ve done before, so it was important to bring people on board who could execute the vision and stay true to the IP,” says CAKE CEO and creative director Tom van Waveren. “The biggest challenge will be to deliver what we’re pitching. It sounds obvious, but there’s nothing worse than a hybrid series that doesn’t quite pull it off.”

With scripting and visual development underway, van Waveren notes that the series won’t necessarily be shot at Atomic Toybox. He says one of the options CAKE is exploring is shooting in New Zealand with Pukeko Pictures (The WotWots) because of its track record with hybrid series and its first-look deal to develop new children’s IPs with Atomic Toybox CEO Michael Polis.

“Captain Action is right in their wheelhouse with its partner WETA Workshop having delivered some of the highest-quality hybrid work in the world on film franchises like Lord of the Rings and its newest feature Alita: Battle Angel,” van Waveren says. “Bringing some proven talent to the mix is always attractive.”