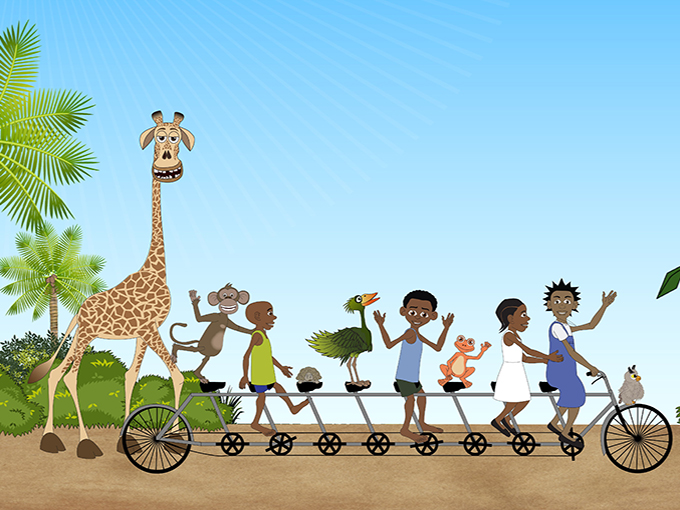 With a goal of reaching 15 million kids, the Tanzanian prodco is prepping content to export around the world, while also addressing the region's education crisis.

Driven by four core values—innovation, grit, courage and humanity—Dar es Salaam, Tanzania-based non-profit Ubongo (meaning “brain” in Swahili) is on a mission to equip Africa’s 440 million kids with the educational foundation, critical skills and positive mindsets to change their lives and communities for the better.

Since it was launched five years ago by social entrepreneur Nisha Ligon and animator Rajab Semtawa, the enterprise has worked to address Africa’s education crisis. Ubongo provides kids and their parents across the continent with access to high-quality, localized edutainment content.

“According to recent UNESCO statistics, one in three children, adolescents and youth across sub-Saharan Africa is out of school, with girls more likely to be excluded than boys,” says co-founder and CEO Ligon. “And 75% of girls start primary school, but only 8% finish secondary school.”

In 2018, the World Bank reported that 50% to 80% of second-graders in Africa couldn’t read a short sentence, and 40% couldn’t solve a one-digit addition problem. With two billion babies expected to be born in Africa by 2053, according to UNICEF, Ubongo is ramping up its free-to-air TV presence through new broadcast deals and by organically growing global YouTube views for its original animated series Ubongo Kids and Akili and Me.

The former—Tanzania’s first homegrown edu-toon—launched in 2014 on the country’s free-to-air broadcaster TBC1. It teaches STEM subjects and life skills to seven- to 14-year-olds through animated stories and catchy original songs, following a group of problem-solving kids and their animal friends. The series also has a 15-minute experimental segment that tests new concepts and starts conversations about larger educational issues that airs after TBC’s afternoon daily news.

“It’s a great lab for us to try different things and receive audience feedback quickly,” says Ligon. “We also use SMS to poll viewers, get their opinions, and test whether they understand the learning objectives of an episode. It provides us with great real-time data to respond and adapt to.”

As for Ubongo’s female-led Akili and Me, the 52 x half-hour preschool series premiered in 2016 and teaches numeracy, pre-literacy, English as a second language, art and socio-emotional skills for holistic early childhood education. And the shows are having an impact. According to a recent Acumen’s Lean Data survey in East Africa, 63% of parents in Tanzania say Ubongo programs have positively affected their lives, and 99% say they’ve positively influenced their children’s lives.

Akili and Me and Ubongo Kids are available in Kiswahili, English, French and Kinyarwanda, with more languages in development. Available in 31 African countries, Ubongo content plays on nine free-to-air channels and pay-TV channel Gulli Afrique (available across most of Francophone Africa), as well as The Africa Channel in the US and Caribbean. In total, Ubongo reaches more than 11 million viewers in Africa through its free-to-air distribution network each month, and another million monthly viewers via its four YouTube channels.

“Our YouTube channels are growing fast and generating more than 32 million minutes of watch time monthly from around the world,” says Ligon. “It’s great to see how international audiences connect with our African-made content.” 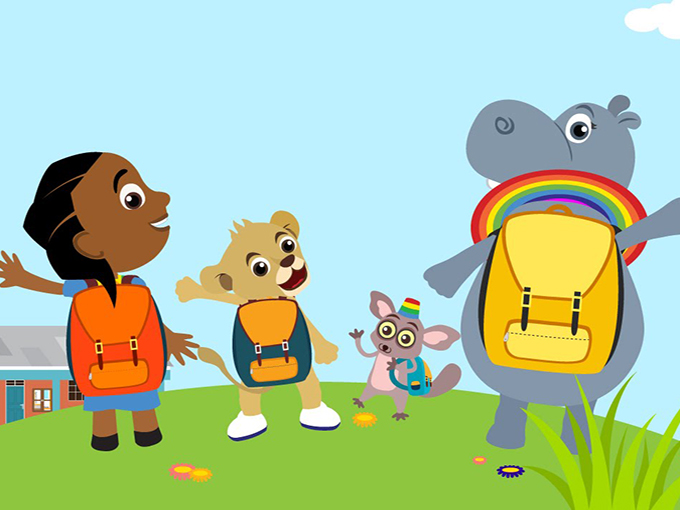 Broadening its reach, the company has a number of apps in the Google Play Store, eBooks on Amazon, and some new digital spin-offs in development for 2019. Ubongo also recently opened a business and distribution hub in Johannesburg, South Africa. Akili and Me and Ubongo Kids represented 77% and 23% of the company’s 2018 content creation expenses, respectively. The company relies on avenues of income such as grants, co-pros and B2B sales and licensing because the majority of African broadcasters don’t pay content providers, says Ligon.

“We’re thankful we’ve gotten support from funders like the UK Department for International Development and Omidyar Network,” she says. “We also work with development partners like the UN and Malaria No More, with which we partner to integrate messages promoting behavior or mindset change into our content.”

Recent efforts include working with global business accelerator Spring to teach financial literacy through Ubongo Kids, as well as with the EU to promote gender rights awareness. The company is also actively looking for partners for special content on nutrition and healthy living for Akili and Me. With a goal of reaching 15 million kids and adapting its content to seven more African languages by 2020, Ligon says language adaptation will be the company’s greatest opportunity and biggest challenge moving forward.

“This is a continent of kids, so there is huge room for growth. But they speak more than 1,000 different languages,” she says. “Every language has nuances, and a lot of them aren’t systematized. For example, we were recently struggling to adapt one of our color songs to a language where yellow and orange are the same word.”

For chief business officer Doreen Kessy, finding the right partners will be key for the company as it looks to grow internationally. Since Ubongo’s YouTube content is driving most of the company’s US growth, it’s exploring opportunities with VOD platforms over linear as it eyes expanding its US presence.

“We’ve been told we need to make more international and less African content to appeal to a global audience,” says Kessy. “But international audiences love the African-ness of our shows, and it’s a strength and differentiator. We don’t need to dilute it.”