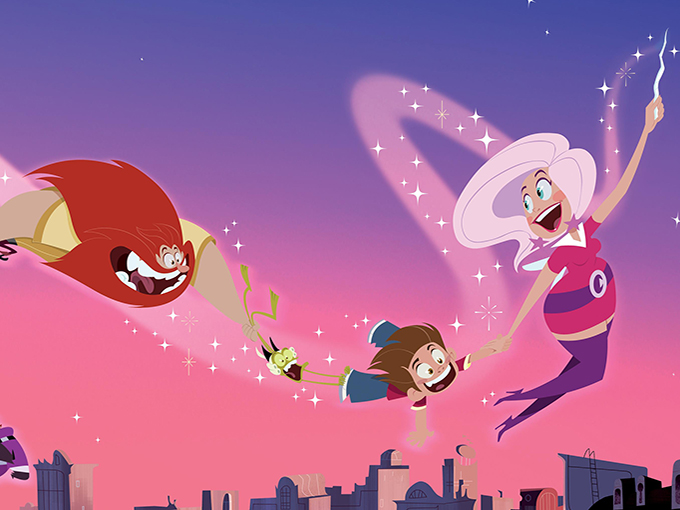 Co-produced by German broadcasters KiKA and SWR, the series first launched on those networks in 2017. The non-dialogue show, for kids four and up, was created by Julia Ocker and features a different animal facing an absurd adventure with a surprise ending each episode. Previously, several international broadcasters picked the show up, including iQIYI (China), SVT (Sweden), YLE (Finland), Discovery Kids (MENA).

The brand has also expanded into consumer products, with Rainbow inking a deal making Discovery Kids the exclusive licensing and merchandising partner in LatAm (excluding master toy) for the series. Hong Kong-based Toys Plus is also launching a range of toys, including figurines, playsets and musical offerings globally this fall.

French prodco Xilam Animation is expanding its reach in LatAm through a package deal with pubcaster TC Ecuador.

TC picked up season one of family show Zig & Sharko (78 x seven minutes), about a hyena that wants to eat a carefree mermaid, and the shark that stops him. TC also snagged season one of the 26 x 26-minute A Kind of Magic (pictured). For kids six to 11, the series looks at a family of fairytale characters living in the real world. Finally, the Ecuadorian broadcaster acquired seasons three to seven of Oggy and the Cockroaches (399 x seven minutes). Created by Jean-Yves Raimbaud, the series is a slapstick comedy series for six to 11s that sees a cat dealing with three cockroaches who want to ruin his life. All of the shows will air on the channel throughout the year.

The animation studio has been making moves into LatAm recently, including launching its first preschool series Paprika last October on Disney Junior across the region. Xilam also hired former Superights sales manager Safaa Benazzouz as its SVP of media sales distribution in the LatAm to help support these efforts.

French broadcaster M6 has picked up seasons 14 to 16 of Pokémon the Series, produced by The Pokémon Company International.

The series launches on M6 this month and is part of Pokémon’s ongoing efforts to expand the brand in France. Other French kidsnets Gulli and Canal J have already picked up season 21 of the show titled Pokémon the Series: Sun & Moon—Ultra Adventures, to premiere later this year.

The entire show spans more than 1,000 episodes and 22 seasons, and is about a group of friends who find, train and battle powerful creatures.