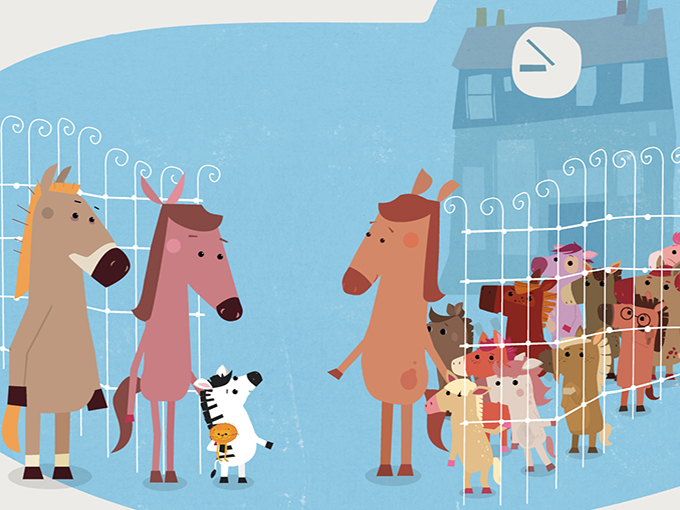 The distributor has picked up the Swiss animation studio's TV special Zibilla (pictured) and preschool series Ralph and The Dinosaurs.

Paris-based distributor Superights has picked up the TV, VOD and home video rights to two of Swiss animation studio Nadasdy Films’ properties, Zibilla and Ralph and The Dinosaurs.

Zibilla, a 26-minute 2D-animated TV special, is about a young zebra who meets an unusual lion at his new school. The animated preschool 26 x five-minute series Ralph and The Dinosaurs explains to kids the different dinosaur species and their lifestyles. Superights plans to introduce both series for the first time at MIPTV in France next week.

The French distributor’s team recently grew to keep up with the sales. Pedro Citaristi joined the company in February to push forward its acquisitions strategy and secure more international sales for family friendly feature films.