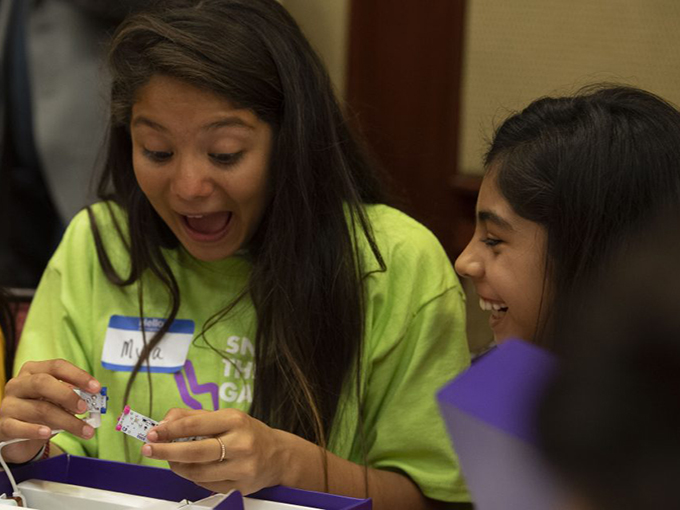 littleBits, Disney team up to get 15,000 girls into STEM

The US$4-million pilot program will arm 10-year-olds with an inventor kit, a mentor and a subscription to an educational service.

Educational techco littleBits is partnering with The Walt Disney Company to close the gender gap in STEM through a one-year pilot project called Snap the Gap. Launching in California, 15,000 ten-year-old girls will be given a building kit to invent and play with their creations, provided by Disney, a subscription to the educational platform JAM.com, and a female mentor who can help them develop in STEM.

Instead of just building awareness about the gender gap, this initiative aims to reach girls at a young age and give them a more hands-on way into STEM, littleBits founder and CEO, Ayah Bdeir says. Girls need more support if the gap is to shrink and providing them with tools to build something themselves, and a mentor to help them develop is the way to do this, says Bdeir.

The one-year pilot is valued at US$4 million. Afterwards, littleBits intends to expand Snap the Gap into five other states, eventually reaching the entire country in 10 years. The University of California Davis, and California Million Women Mentors will help recruit participants and mentors, and measure the impact of the program.

The gender gap in STEM first appears around the fourth grade when girls begin to lose interest in the field, a decline that continues as girls move into adolescence, according to littleBits.

More and more kids companies have been partnering with techcos to get kids interested in STEM. Mattel and US-based computing platform Tynker teamed up in February 2018 to teach 10 million kids how to code by 2020, using Barbie. Discovery, as part of its STEM education-focused #Mindblown program, announced it is collaborating with McDonald’s on a line of STEM toys.