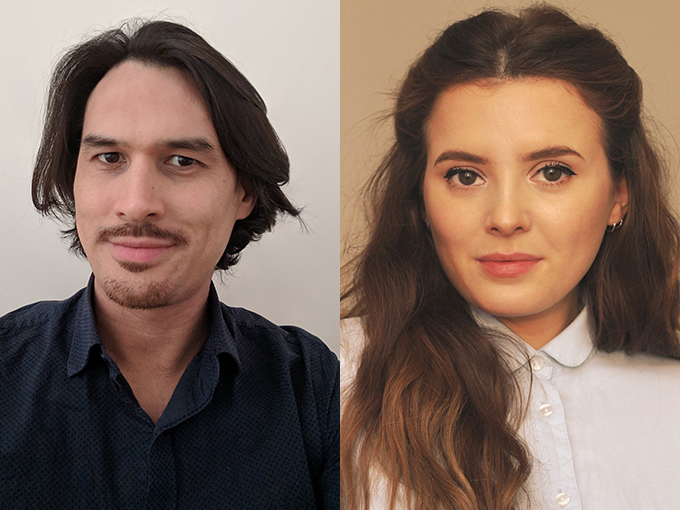 The US$75-million pilot program boards a number of new execs and is now open to applicants.

As the Young Audiences Content Fund (YACF) opens its doors for submission, the British Film Institute has tapped several new execs to lead the operations. The fund launched in October 2018 in an effort to bolster locally-produced original children’s TV content.

John Knowles (pictured, left) will serve as the fund’s executive of production while Harriet Williams (pictured, right) will serve as its executive of development. Knowles joins the fund from BBC Children’s, where he served as in-house development producer for animation and puppetry. Previously, he worked at Brown Bag Films on the Nickelodeon series Nella the Princess Knight and with Factory Studio on Disney’s Club Penguin TV specials. Williams, meanwhile, was most recently at Disney Channel EMEA, where she worked as part of the original programming team on the development and production of scripted series like The Evermoor Chronicles and The Lodge.

Gill Biddle is stepping in as the Young Audiences Content Fund project manager. Before joining the organization, Biddle worked in project and production management on titles for the BBC, ITV and National Geographic. Chandan Shergill joins as fund coordinator, from the public and charity sector. Shergill previously worked for a factual talent agency across a number of children’s shows and live events. And Aisha Jan takes on the role of administrator after having worked as a marketing assistant for the Sheffield Doc/Fest.

The British Film Institute announced the YACF will make use of the its existing infrastructure and network of partners to ensure the executive team is accessible to talent and commissioners across the UK, in addition to locations in Leeds and Manchester.

Applications for the US$75-million pot open today. The three-year fund (part of the Department for Digital, Culture, Media and Sport’s Constable Fund) supports content for audiences up to 18 years old to be broadcast on free-to-access, Ofcom-regulated TV channels and online platforms. The fund is overseen by Jackie Edwards, who recently left her role as head of acquisitions and independent animation for BBC Children’s to oversee the YACF’s implementation.

With a rolling deadline for funding, the YACF is seeking applications for original programming in both live action and animation across all genres. Successful production applicants require a formal broadcasting commitment from an Ofcom-regulated free-to-access channel or platform, while development funding will prioritize new voices and emerging producers with projects intended for broadcast that are not in a position to secure a commission.