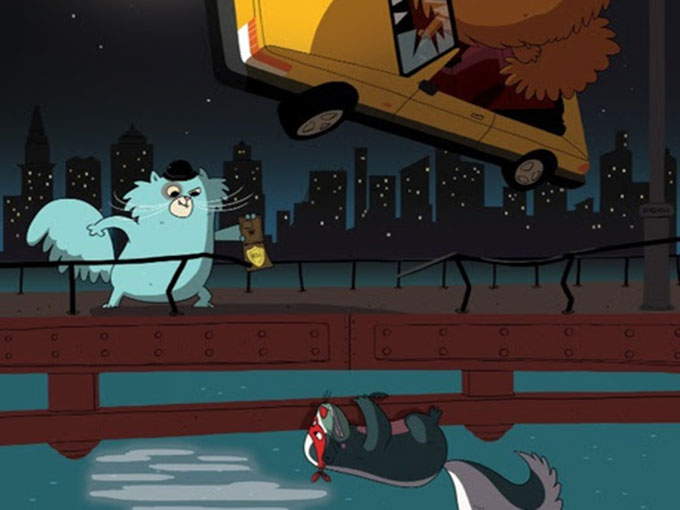 The French distributor has picked up the worldwide rights to Autour de Minuit's Super Caribou and La Station Animation's Grosha & Mr B.

Produced by Paris-based film prodco Autour de Minuit, the 52 x 11-minute Super Caribou is based on the book Jean Michel le Caribou by Magali Le Huche. Aimed at five- to eight-year-olds, the series takes place in a small town where the residents are always getting into trouble and a super sensitive superhero needs to save them. It will launch first on France Télévisions.

Autour has a catalogue of nearly 300 films, including Logorama which won the Oscar for Best Animated Short in 2010.

Meanwhile, Grosha & Mr B. is an original concept produced by Paris-based Le Station Animation. The 52 x 11-minute series brings together two cat detectives who have two very different methods for solving wacky criminal cases. It is currently in production for French broadcasters Canal+ and Télétoon+, for ages six to nine.

Both productions will be available at MIPTV in Cannes, France next month.