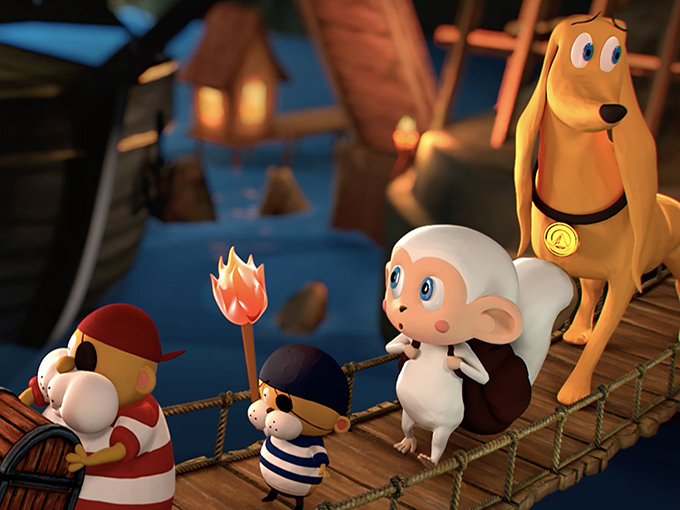 Historically, language barriers and funding challenges have held Japanese prodcos' attempts to go global back. Today's crop of studios, however, have big plans.

More often than not, risk-taking companies eventually find a path to success. For Japan’s MontBlanc Pictures, this is certainly turning out to be true.

Founded in 2012 by animation director Hitoshi Takekiyo, MontBlanc bucks Japanese trends by operating in Fukuoka—a city with a low cost of living more than 500 miles from the hustle and bustle of Tokyo and its 500-plus animation companies.

MontBlanc also focuses on original productions for kids and families rather than the more popular adaptation-heavy anime market for young adults. And it’s one of only a few Japanese animation prodcos to have partnered with a foreign company on an international co-production.

While the young prodco’s business strategy may not be the norm in Japan, MontBlanc’s model for growth could help shape the future of the country’s animation industry, which is currently at a crossroads.

Historically, language barriers, a reliance on domestic productions and funding challenges (Japan does not have a government tax rebate for domestic animation production or international co-productions) have impeded many companies’ attempts to collaborate globally. According to MontBlanc’s marketing director Yuka Matsushita, because there is little to no market to produce original titles for preschoolers and kids in Japan, the company has no choice but to look internationally for support, and fuels its growth through third-party movie promos and TV spots.

“Our biggest challenge is to go our own way and focus on our own IPs, even though we don’t have the experience of more established studios,” she says.

Written and directed by MontBlanc’s Takekiyo, the 26 x seven-minute series for preschoolers stars an independent monkey, Chad, and his kind but naïve canine friend, Clark. The project is currently awaiting final decisions from two French broadcasters that made funding offers following the show’s selection at European market Cartoon Forum in Toulouse, France last year. If one of them signs on, Animalps can request subsidies from funding body Centre National du Cinéma et de L’image Animée (CNC). Otherwise, it would apply for CNC’s 25% audiovisual tax credit.

As for the series’ US$2-million budget, 40% has been secured in Japan by MontBlanc and Nippon, while the remaining funds are expected to come from French partners. Broadcaster presales in Europe are also underway by UK-based distributor Meta Media Entertainment.

In addition, market support has been provided to MontBlanc by Japan’s Visual Industry Promotion Organization (VIPO), a non-profit that aids the Japanese content industry across anime, broadcasting, games, movies, music and publishing to help the sector compete internationally and contribute to the growth of the Japanese economy. 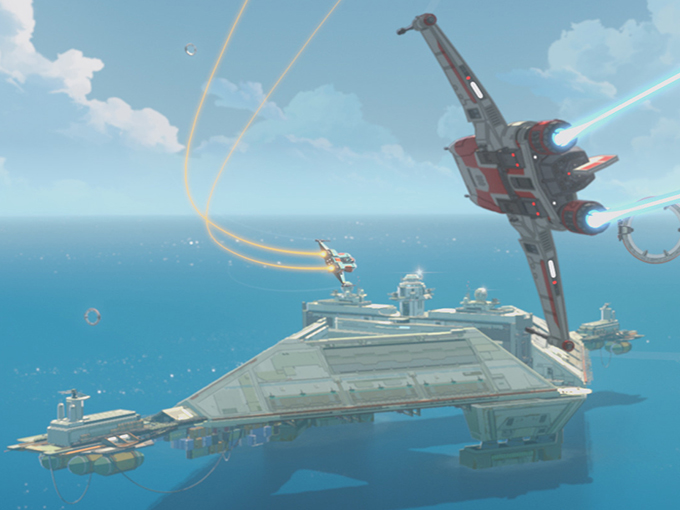 Since 2012, VIPO has provided a government subsidy program for local content creation and promotion outside Japan.

“When Japanese producers want to localize their animated projects, we offer half of the money for their development and promotion expenses,” says VIPO manager Kentaro Tsuchida. “We can’t help on the production side. This is part of the reason why VIPO is looking to partner Japanese producers with international companies—to help in the financing.”

VIPO also offers pitching and training programs for Japanese producers and directors. At last year’s TIFFCOM film and TV marketplace in Japan, the organization brought in producers from France, Italy and the UK to pitch in front of Japanese audiences and participate in an educational seminar.

“We wanted our producers to see how a real pitching event works so they could learn from it and improve their own techniques,” says Tsuchida.

While MontBlanc was able to partner with Animalps on its own, thanks to Matsushita’s fluent English and connections made at global markets Annecy and MIPCOM, the company has also developed a relationship with VIPO.

“We received 50% of our US$100,000 development costs from VIPO, which helped fund a teaser, our scripts and a pitch book for Chad & Clark,” says Matsushita. MontBlanc didn’t apply for production funding from Japan’s production committee system, a long-held program where multiple partners including TV networks and other media companies invest in entertainment projects as a collective.

MontBlanc is handling pre-production, including character design and storyboarding, while scriptwriting and most of the CG production on Chad & Clark will be done by Animalps.

Along with French television partners, Matsushita says finding linear support in Japan is a priority, but it will be challenging because the country’s national pubcaster NHK is the only network with time slots for preschool shows.

“It will be very difficult to find a TV partner in Japan, so after we close the project on the European side, we will go for YouTube or other streaming platforms,” she says. 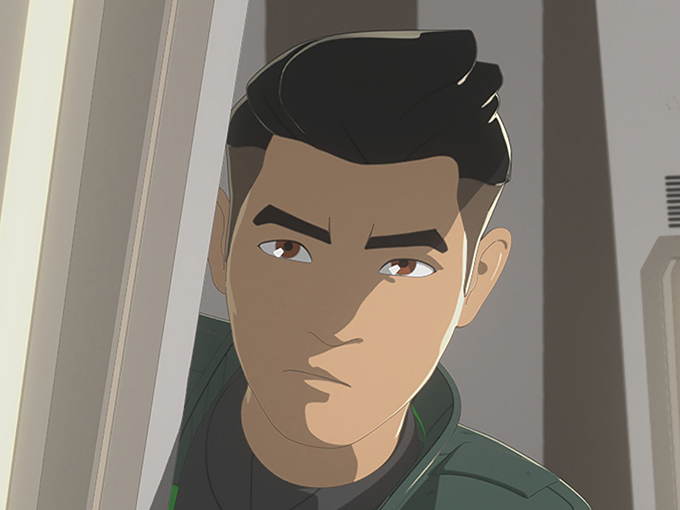 MontBlanc’s international strategy comes at a crucial time for the Japanese animation sector, which is thriving overseas, but not performing so well domestically. According to the latest annual report from The Association of Japanese Animations (AJA), the Japanese animation market pulled in US$19.1 billion in 2017, marking the fifth consecutive year of record revenues. The growth was largely due to content deals with US streaming giants Netflix and Amazon, as well as Chinese online video services. Overseas sales, including box office, television rights, remake rights, home entertainment sales and merchandising, also reached a record level in 2017, up 30% to US$8.81 billion.

However, the AJA reports that Japan’s domestic sales only grew 3.8% between 2013 and 2016 as TV channels struggled to compete with growth from internet streaming services and live events. Japan’s shrinking population, which is leaving a shortage of young people in its wake, isn’t helping the market either.

Despite these challenges, Shuzo Shiota, president and CEO of veteran Japanese CG house Polygon Pictures (Tron: Uprising, Star Wars: The Clone Wars), says the biggest change over the last few years has been the huge global appetite for anime by the major SVODs, particularly Netflix.

Among a slew of recent project announcements, the streamer unveiled a new originals slate from Asia featuring a Pacific Rim anime spin-off for tweens and original anime series Ghost in the Shell: SAC_2045 from Japanese studios Production I.G. and Sola Digital Arts, set to launch in 2020.

“With the streaming services buying our shows or licensing them for a good price, we are able to at least recoup our production investments from a large part of those deals,” Shiota says. Sci-fi action film Blame! and manga-based TV series Ajin and Knights of Sidonia are a few of Polygon’s recently produced Netflix acquisitions.

“The fan space is also growing, thanks to 24/7 access. It’s not just underground geeks who are into anime now, which is great because a lot of the content we make is geared toward a global audience, not just kids,” says Shiota.

Disney even decided that its new Star Wars Resistance series, which bowed last October, would be anime-inspired. It chose Polygon to animate the series, using its signature style of CGI rendering that looks hand-painted.

“The market has been looking for something different and we’ve been able to create a niche for ourselves. Our style is close enough to what the fans here like and they’ve accepted it,” says Shiota.

Not one to restrict itself when it comes to genres, styles or international co-production opportunities, Polygon also recently joined forces with NHK, Mattel Creations in the US and Japan’s Sony Creative Products on two seasons of Pingu in the City.

Animated in the style of the classic stop-motion series, the revamped version shows off Polygon’s artistic and technical flexibility.

While smaller companies may have a harder time with international collaboration, Polygon has the advantage of already being a very international company based out of Japan. Its overseas staffers hail from nearly 20 different countries and account for 15% of Polygon’s 300-strong workforce.

“Luckily for us, there are a lot of people who want to work in Japan, so we’ve been able to supplement our workforce with foreign artists. We spend a lot of effort making our culture and working environment as comfortable and challenging as possible,” says Shiota. 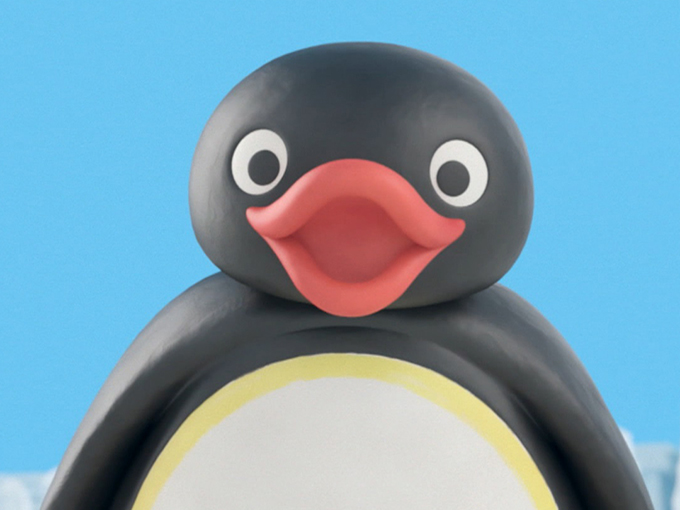 With companies like Polygon and MontBlanc finding success internationally, it’s Tsuchida’s hope that they will serve as role models for the next generation of creators in the country.

“As Kidscreen is one of the more prodigious events in the business, once they attend, they can go back to Japan and impart what they’ve learned,” says Tsuchida. “We want our producers to grow abroad; we want to help change their mindset.”