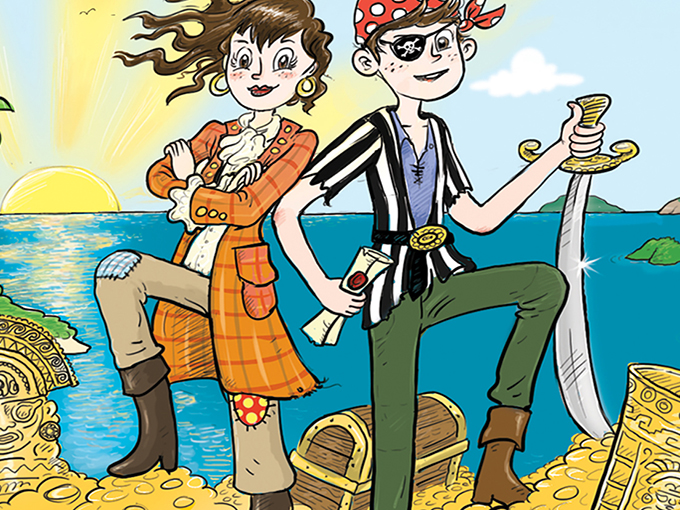 House of Robots, Treasure Hunters and I Funny are among the James Patterson titles being developed for TV, film and digital platforms.

The books-to-screen adaptations include House of Robots, a story of a boy and his robot brother; adventure series Treasure Hunters (pictured); I Funny, which follows a middle-schooler on a mission to become the world’s greatest stand-up comedian and the upcoming YA novel Sophia, Princess Among Beasts, about a warrior princess who fights evil.

Imagine and Patterson are still discussing what title will be the fifth book to be adapted. The format for each production has not been decided on yet, but the production company is considering both live-action and animation for the adaptations, according to an Imagine spokesperson.

Imagine’s Brian Grazer and Ron Howard will serve as executive producers on all five projects, along with Patterson, Stephanie Sperber, president of Imagine’s kids and family division, and Bill Robinson and Leopoldo Gout from James Patterson Entertainment.

Imagine kids and family opened its doors in January with Sperber at the helm and a goal of developing new animated and live-action feature films, original TV series and short-form content via partnerships with established and emerging creative talent. To kick things off, it teamed up with Four M Studios to create premium children’s TV programming based on LIFE Magazine‘s archive of more than 10 million photos. The first project coming out of the partnership will be the animated series LIFE for Kids, which also has Grazer, Howard, and Sperber as executive producers.