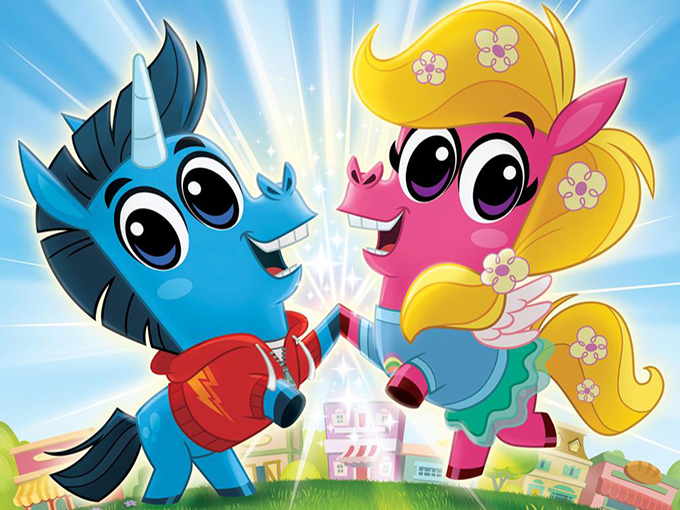 More than 900 episodes of Nickelodeon shows will be available via Deutsche Telekom's new OTT service MagentaTV starting next month.

It will bow with 900 episodes of Nick content, including animated series SpongeBob SquarePants, The Loud House and Teenage Mutant Ninja Turtles, as well as live-action shows Henry Danger, The Thundermans, and Nick Germany production Spotlight.

Just launched in October, MagentaTV offers 300 channels of linear TV, VOD content, catch-up services for pubcasters such as ARD and ZDF. It is available through an IPTV settop boxes.

Nick+ has been expanding in Europe recently, with VIMN recently securing a deal with Vodafone TV (Greece) just a few weeks ago.

In other Nickelodeon news, Canadian prodco Nelvana’s new animated preschool series Corn & Peg (pictured) is going to trot onto the network next month. The first 20 episodes follow a unicorn named Corn and a pegasus named Peg, who are inspired by their favorite superhero to do good and to make their community of Galloping Grove a better place. Following its US launch, Nick will roll out the show on its international channels and branded blocks through 2019.